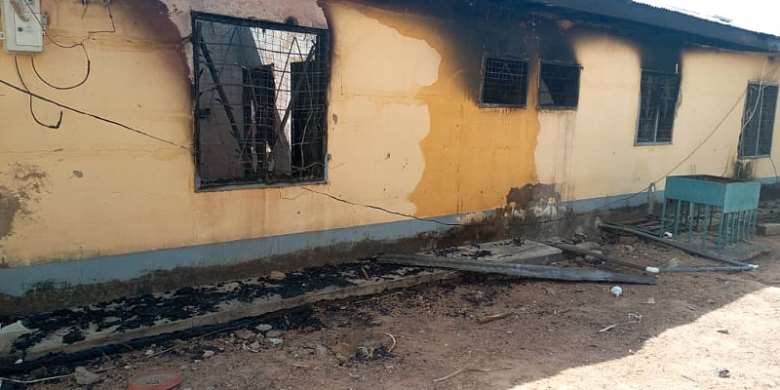 Two daughters of Agaae Robert, the Organiser of the National Democratic Congress (NDC) in Builsa North have been killed through a fire outbreak at his residence in Bolgatanga in the Upper East Region.

The fire ravaged portions of the resident of the NDC organiser and unfortunately trapped his two daughters leading to their deaths.

From preliminary investigations, it is suspected that the fire outbreak occurred as a result of faulty electrical cables in the residence.

The decease daughters are said to have been asleep when the fire started in parts of the building.

The remains of the bodies of the two girls burnt beyond recognition have subsequently been deposited at the morgue at the Upper East Regional Mortuary.