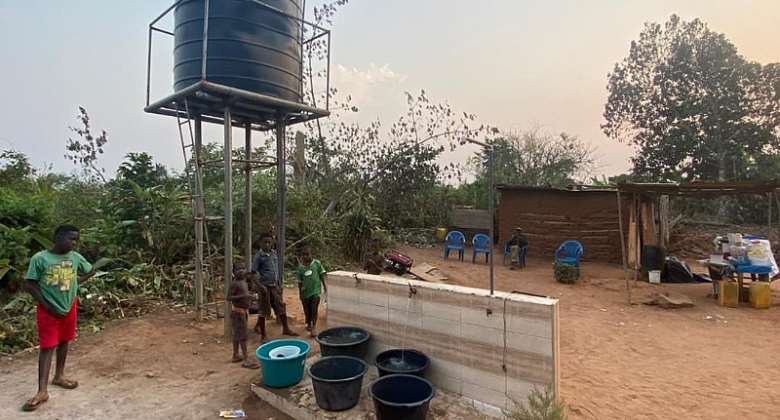 Contrary to claims that Ntronang, a community in the Okere District of the Eastern region is facing acute water challenges appears false.

The community has a mechanised water system built for them by, Hon. Dan Botwe, the Member of Parliament for the area, through his share of the Common Fund.

The water system completed in October last year has been fixed with a power generator to pump water through an overhead reservoir due to the absence of electricity.

Residents, who hitherto trekked long hours in search of water could heave some sigh of relief when the MP sunk the borehole.

Some news portals including reported, a few days ago about how residents of Ntronang, have for years, been faced with water challenges; leading them to no option than to resort to other sources of unhygienic and running water from gutters.

The reportage went on to paint a rather gloomy spectacle of a community suffering from many health complications due to the lack of water.

Reacting to the story, the District Chief Executive for Okere, Daniel Nana Addo Kenneth, however, expressed surprise over claims that residents could resort to unhygienic sources of water when they have potable water built for them by government.