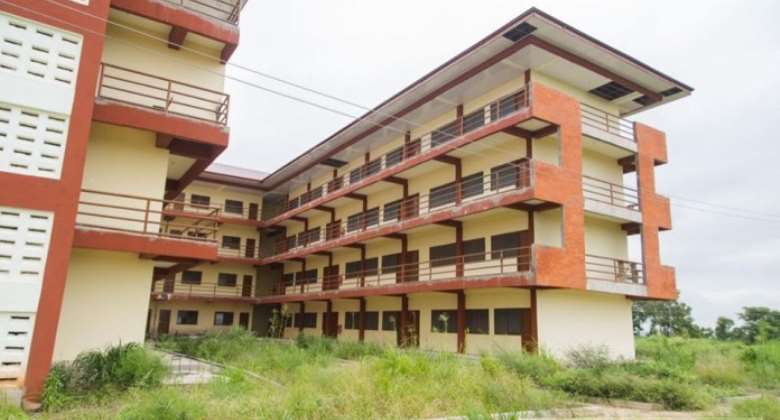 He stated that the reigning Akuffo-Addo administration has invested greatly in the educational aspect of the country.

On his accord, the popular E-block facility can never be a fitting match to the heights in educational infrastructure under their tenure. “What components make up a good school?” he asked.

"The question again is can you compare just e-block to the infrastructural developments the NPP has put up in secondary schools? Let’s take a look at the 12 unit classroom block we’ve constructed in Ashanti Akyem. Just because the construction wasn’t on a new land but added on an existing building and their E-block is somewhere in the bush they claim it’s better,” Nana Kay told Don Kwabena Prah on Happy98.9 FM’s Epa Hoa Daben political show.

He further encouraged Ghanaians to treat such utterances with the contempt it deserves and focus on the good works of the government.

Prepare for hunger in Ghana — GAWU warn Ghanaians
30 minutes ago