Teachers are now under threat in Ghana – NDC’s Osei Akoto 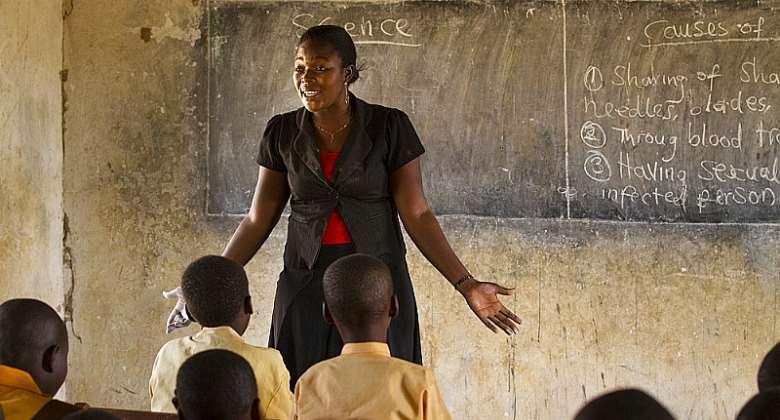 The National Democratic Congress’ (NDC) Parliamentary candidate for Oforikrom Constituency in the 2020 general elections, Henry Osei Akoto, has opined that the teaching profession in Ghana currently is in peril.

Osei Akoto believes the living conditions for teachers in the country is gradually getting worse.

He indicated that the current New Patriotic Party (NPP) government has disappointed the country’s teachers since they were promised many privileges, should they (NPP) win power.

During an interview on the Epa Hoa Daben political show, Henry Osei Akoto told Don Kwabena Prah, “If someone can say things are going on smoothly in this Ghana, then I don’t know the exact section of the country that person comes from. The Ghana I live in now and for which we all are is very difficult. It is not getting better but always getting worse all because of the current administration. They have lied to us all. They told our grandparents, our children, and the market women that we were going to live in comfort. They claimed we sat on riches when they were in opposition. Now that they are in power, our economy has declined drastically.

Even our education has become worse. Today our educational system has been transformed into a ‘double-track’ system. As we speak they haven’t provided teachers and students with textbooks for two years to guide their studies. Our teachers keep suffering and I blame them although they were deceived by the government with allowances. Government tends to scare them when they share their concerns. If you’re not scared then you’ll be transferred. The profession is under threat and that is the current state of our country. Everyone is on strike.”

The University Teachers Association of Ghana (UTAG) is currently on strike and until their demand of the addresses, they would continue to withhold their services.

Meanwhile, Ghana’s long-term Foreign Currency Issuer Default Rating (IDR) has been downgraded from ‘B’ to ‘B-‘ according to Fitch. The international rating agency indicates a negative outlook on the country’s economy.