In a fiscal ditch? African countries should try public participation in the budget process

By Ken Opalo - The Conversation
Article 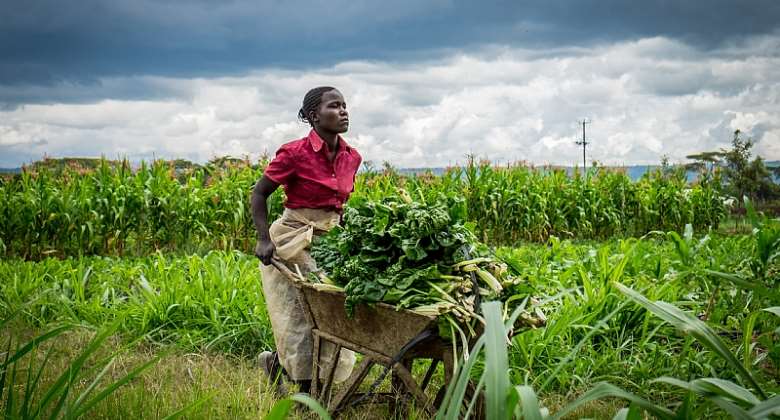 There are two big challenges African countries face when it comes to managing public finances.

First, many lack fiscal capacity on account of structural weaknesses of their economies and gaps in tax administration. Predominant informality of wage employment and reliance on subsistence agriculture in most countries make it difficult to raise revenue beyond consumption and border taxes. Consequently, on average, African countries collect a mere 16.6% of gross domestic product (GDP) in taxes.

For comparison, countries in the Asia Pacific collect about 21% of GDP in taxes. Countries in Latin American and Caribbean countries average about 23%.

At the top end, the average tax haul in high-income countries within the Organization for Economic Cooperation and Development (OECD) is about 34%.

Second, African countries' fiscal capacity gaps are often compounded by the lack of prudent and accountable deployment of public resources. The existence of white elephants and abandoned unfinished projects in many countries betray systemic failures of project planning and implementation.

Similarly, a number of countries routinely spend less money than appropriated in the budget (net of corruption). The reason? Limited absorption capacity in government ministries, departments, and agencies.

For example, a 2018 World Health Organization study found that, despite pressing need for investments in public health, roughly 10% to 30% of money allocated to health ministries in the region go unspent.

Finally, while corruption isn't the primary problem bedevilling public finance management in most African states, associated waste and distortions of budget processes serve to limit the impact of public spending.

The joint effects of the two challenges keeps many African countries stuck in a sub-optimal equilibrium. Tax morale is dampened by inefficient expenditure patterns that fail to meet taxpayers' needs. In turn, this reduces the overall tax haul and reinforces government's lack of fiscal capacity.

The lack of a strong revenue base means that African governments cannot undertake important investments in public goods and services that are needed to achieve structural economic change in the region.

As shown below, African states continue to lag their counterparts in other regions on the metric of government spending as a share of GDP. Counter to popular opinion about allegedly bloated public sectors in the region, the problem in many African countries is that they are under-governed by states that can scarcely meet the enormous demand for public goods and services.

Which is why, in my view, African governments should align both revenue generation and public spending with public opinion.

The challenge is: how can countries go about democratising the management of public finances?

One possibility of getting out of the fiscal ditch that many African governments find themselves in is through greater public participation in the budget process. This can be done directly, or through elected legislative representatives. Entrenching a political culture of public participation and legislative input in the budget process would certainly not be a silver bullet. But it would increase the alignment between budget appropriations and taxpayers' priorities.

The incentives for involving legislatures in the budget process are equally strong. Legislatures are integral to accountable democratic government . Therefore, instead of always deferring to Ministries of Finance, African legislatures should be a core part of the appropriation process.

The current monopoly of budget processes by Ministries of Finance produces two problems. First, without legislative input (ideally representing individual legislators' constituency interests), many of the region's budgets reflect the priorities of presidents and allied interest groups. Because appropriation is not always tied to actual needs on the ground, it is no wonder that governments waste money on white elephants or unfinished projects.

Second, since most legislatures' involvement in the budget process tends to be limited to up or down votes on executive proposals, individual legislators have little incentive to acquire expertise in legislative appropriation and budget oversight. Becoming good at these legislative roles takes time and effort. Simply stated, not involving legislatures in the budget process weakens the important oversight function of legislatures.

A role for multilateral organisations

These domestic public finance management challenges are often compounded by donors and multilateral organisations. Nearly all make rhetorical commitments to strong institutions and democracy. Yet when it comes to budget matters many prefer to exclusively engage with presidents, finance ministries, and central banks to the neglect of legislatures and civil society organisations.

Often this is done under the guise of the allegedly “apolitical” and technical nature of public finance management.

But what can be more political than the process of (re)distributing public resources?

To engender the development of coherent public finance management processes in African states, multilateral organisations and donors should strive to include legislatures and civil society organisations in all matters regarding fiscal policy. Doing so would be the right and democratic thing to do. It would also increase the likelihood of prudent use of resources by governments.

The consequences of the historical opacity around these engagements are clear for all to see. Research shows that elites in low-income countries are wont to misappropriate aid, with disbursements associated with increased deposits in offshore financial centres.

Not a silver bullet. Just a good start

Finally, it is worth reiterating that the democratisation of budget processes will not be a silver bullet in fixing African states' public finance management challenges. Indeed, it will be messy. Injecting legislators and their constituencies into the process is likely to complicate the distributive politics of budgets in most countries. This may slow down the appropriation process or result in institutional paralysis. But this should be treated as a feature and not a bug. Given what is at stake, it makes sense that there would be distributive conflicts around budgets. This is what we see in high-income democracies. We should expect no less of democratising African states.

A version of this article originally appeared in the Finance and Development Magazine of the International Monetary Fund: It's time to democratize public finance management systems in African states. .

Ken Opalo is affiliated with Mzalendo, a parliamentary watchdog organization in Kenya.