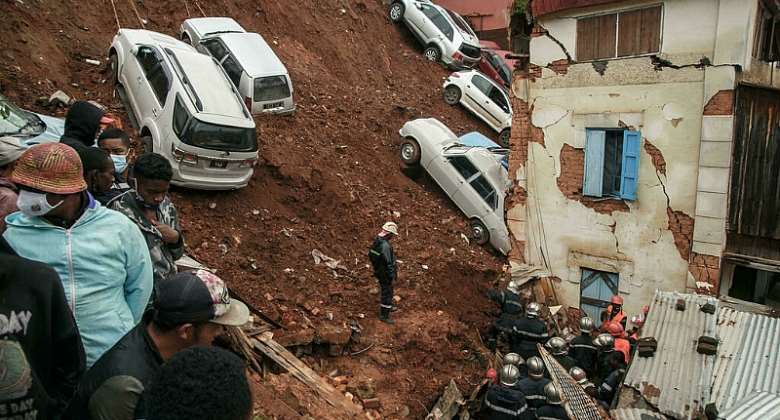 Tropical storm Ana hit east Africa this week, as heavy rains have caused flooding and mudslides in Madagascar's capital Antananarivo, killing at least 39 people. Ana also made landfall on Mozambique and continued into Malawi, killing 12 people in its path, with reported windspeeds up to 100km per hour.

Madagascar's disaster agency has reported that nearly 65,000 people have been left homeless in the wake of Storm Ana, with low-lying areas remaining on high alert.

John Razafimandimby, rescue unit director with Madagascar's disaster management agency told the media: "We are in the process of evacuating people from flooded areas".

Mozambique has already reported a large portion of the damage, as its National Institute for Management and Disaster Risk Reduction said on Tuesday that 54 people had been injured and 895 evacuated in the previous 24 hours.

Aid crews are still assessing the situation in both countries as boats and drones have been dispatched in the relief effort.

According to the umbrella group of aid workers trying to coordinate supplies; clean drinking water, mosquito nets, and masks are needed to prevent disease outbreaks.

The wind and rain have caused power outages in both countries, and infrastructure such as school, health centres, and a bridge in Mozambique's Tete province collapsed due to floods.

More than 20,000 people in Mozambique have been affected by the storm, with more than 3,000 homes partially destroyed.

Meanwhile the storm's westward trajectory has killed at last three, including one person in Mulanje, according to Malawi disaster officials.

The power cuts there occurred due to flood water damaging electricity installations.

Both Malawi and Mozambique have been hit by storms with greater strength and frequency in recent years as ocean waters warm due to climate change, contributing to rising sea levels.

Mozambique's National Institute of Meteorology forecasts an additional four to six cyclones in the region by the end of the major rainy season in late March.

Meanwhile the institute has downgraded tropical storm Ana to a tropical depression system, but fears about displacement due to flooding remain.

The channel we used was the same channel Joy FM used to get ...
18 minutes ago