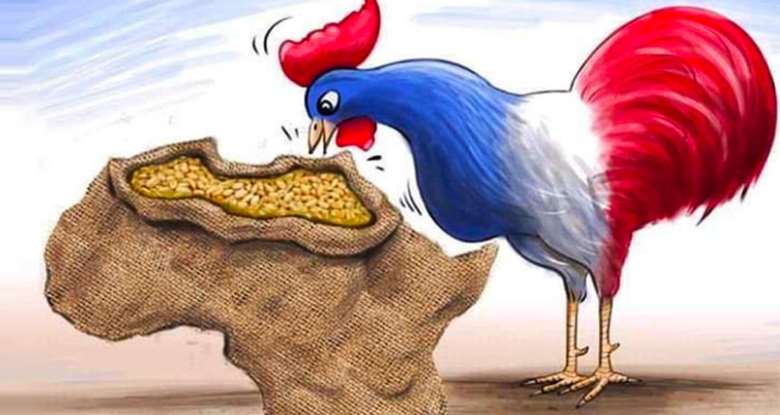 Colonial times can be analysed and seen from various angles. Post-Colonial times must be seen in connection with the former Colonial Masters ruling over and creating the boundaries and social, political, and economic conditions they find themselves in today.

France, the UK, Denmark, Portugal, Belgium, Spain, and Germany all played a certain role in the African continent. Recently modern China stepped up and, in the play, its role faced by Russian and American resistance and intervention.

The uprisings in Africa, Burkina Faso is the latest, currently and for many years already in countries like Mali, Cameron, and Congo is forcing the critical observer to realise these countries are all French-speaking nations. Former German Colonies like Namibia, Gambia, and Tanzania with memories of the people in Togo and fading memories by Cameroonians are prospering peaceful nations finding their way into the future.

But looking deeper into this aspect it becomes obvious that French-speaking countries are very different. Citizens of these nations seem not to fear violence or blood. The question is forced into the mind of the critical observer whether it has something to do with the people as such by the blood of history or the DNA of violence was forced onto them during the French occupation. Going down this path the attitude of the former Colonial Masters of today must be carefully analyzed.

France seems to fear when embracing the spirit of cooperation with the African continent they could potentially lose out facing tough competition of foreign powers. Only the united Africans can end the fear France has by standing tall above the rest of the world treating the world powers equally.

Prepare for hunger in Ghana — GAWU warn Ghanaians
33 minutes ago