We know your phony deals when you were Mayor; be wary of your utterances – Baba Jamal cautions Kojo Bonsu 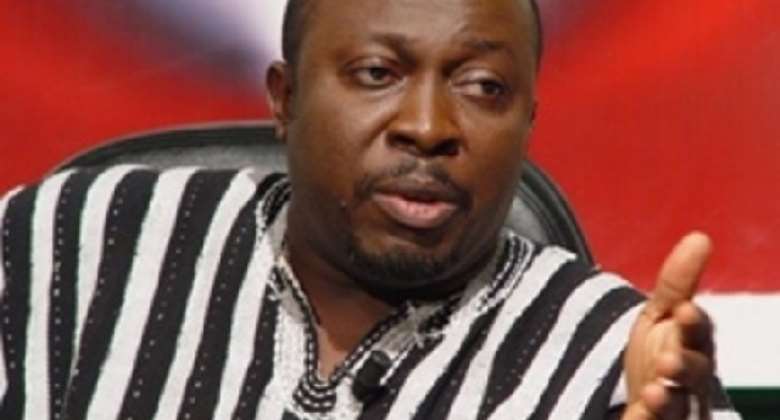 The National Democratic Congress (NDC) has cautioned one of its own, Kojo Bonsu to be wary of some of his acid comments about the leadership of the party.

According to the NDC, Mr. Kojo Bonsu will flatly fail the test when it comes to women and corruption in government.

“We know what happened under his reign as Mayor of Kumasi Metropolitan Assembly (KMA),” the NDC’s Deputy Director of Legal Affairs, Baba Jamal said in an interview with Kwame Obeng Sarkodie on the Ghana Yensom morning show on Accra 100.5 FM on Wednesday, January 26, 2022.

Baba Jamal warned Mr Bonsu to be careful with some of his utterances among other things in the run-up to the NDC’s presidential primary.

Mr. Bonsu, a stalwart of the party last Monday granted an interview to Accra-based Citi TV on his ambitions to lead the NDC as flagbearer for the 2024 general elections.

According to him, he is into the race because the former president John Dramani Mahama has sullied himself with corruption and women.

He said: “We know ourselves as members of the NDC, and we know what he, Mr Bonsu did in office as Mayor of KMA.”

“As KMA boss, what didn’t he do that warranted his problems with the chiefs and people of the Kumasi Metropolis”? Mr. Jamal quizzed.

He said Mr. Bonus cannot make it to the top of the standards he is seeking to set for the other aspirants in the run-up to the party’s presidential primary.

“The rules of the NDC are clear,” Baba Jamal stated, adding that “you don’t have the right to put somebody down as part of the acts to win the race.”

He cautioned Mr. Bonsu to be wary of his statements because “if the former President [Mahama] should also come out with some of the dealings of Mr. Bonsu as Mayor, as well as his decision to go and bring some phony consultants into the country, it will not serve the interest of the party, going into the 2024 general elections.