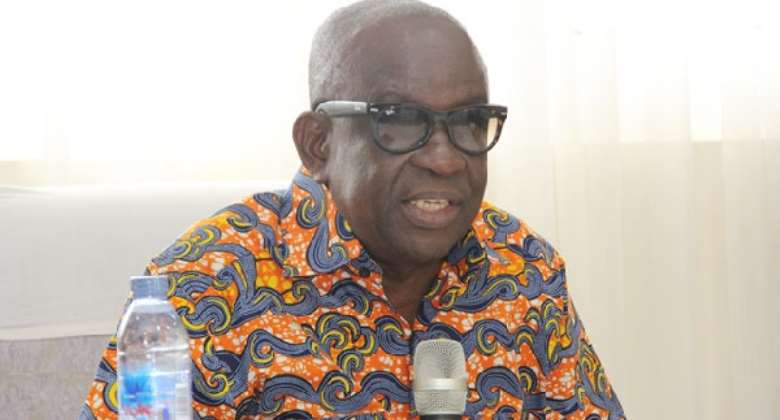 Minister of National Security, Albert Kan-Dapaah, has said Ghana will develop faster if the Majority and Minority MPs would cooperate and not always be seen to be at each other's throats.

In an address to Members of the Commonwealth Parliamentary Association during a workshop held in Ghana on Monday, the Security Minister spoke extensively on the unprecedented nature of the composition of Ghana's Parliament, stressing that its unique nature can trigger adversarial politics which would be unhealthy for Ghana's democracy.

“It is worth noting that 2022 marks the thirtieth (30th) year of Ghana's Fourth Republican Constitution. Yet, as you may all be aware, the current Parliament, which is the 8th legislature of the Fourth Republic finds itself in what I refer to as a parliamentary crisis, unprecedented in the history of the country. If Ghana were to be practising the purest form of the Westminster system of governance, its current Parliament would have been described as a near-hung Parliament.”

He said “evidently, the near-hung nature of the 8th Parliament of the 4th Republic, where none of the two major political parties in the country can claim an overwhelming majority in the House, introduces a strange phenomenon to Ghana's democracy. Unsurprisingly, the early days of the journey along this unfamiliar path has been rough and turbulent, occasioning unpleasant politics of rancour and fistfights, and ultimately, threatening to undo the democratic gains made thus far.”

Mr. Kan-Dapaah further entreated both Majority and Minority sides of the House to adopt joint-problem solving and consensus building approaches to ensure that Parliament does not become a destructive force against Ghana's development.