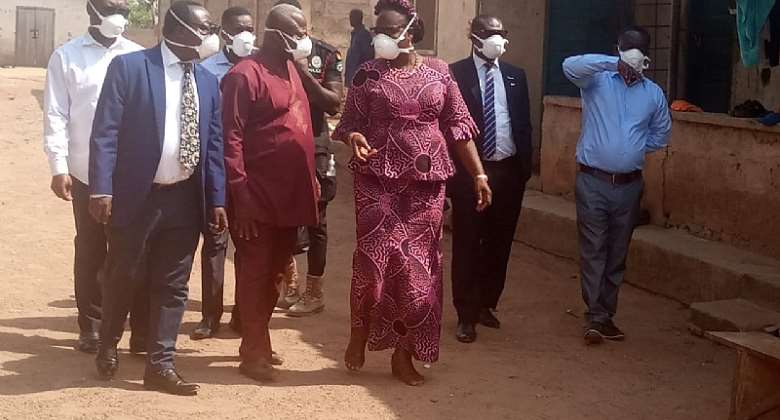 The Bono Regional Minister, Justina Owusu Banahene, has visited some poultry farms in the region which were badly hit by the recent wave of bird flu in parts of the country.

Accompanied by officials of the Ministry of Food and Agriculture, the Veterinary Service Division and the Sunyani West Municipal Chief Executive, Evans Kusi Boadum, the Regional Minister interacted with the affected farmers and assured them of the government’s support towards their businesses.

The minister announced that her office had engaged the services of a psychologist to provide some counselling to the affected farmers considering the emotional and psychological trauma they went through during the outbreak of the bird flu on their farms.

Madam Owusu Banahene said she would do everything within her power to ensure that the affected farms do not lose their livelihood.

At one of the affected farms near Fiapre, the Regional Veterinary Officer told the Minister and her entourage that 22,400 birds together with 970 crates of egg had been destroyed following the detection of the disease on the farm.

Also destroyed, according to the Veterinary Officer, were all other resources which included the prepared feeds and drugs meant for the birds.

The floors of all hen-coops have also been well cleaned and disinfected to ensure the disease does not spread to other farms.

The affected farmers were thankful to the minister for the visit and assured her that they would strictly adhere to the technical advice being provided to them by Veterinarians and MOFA in general.