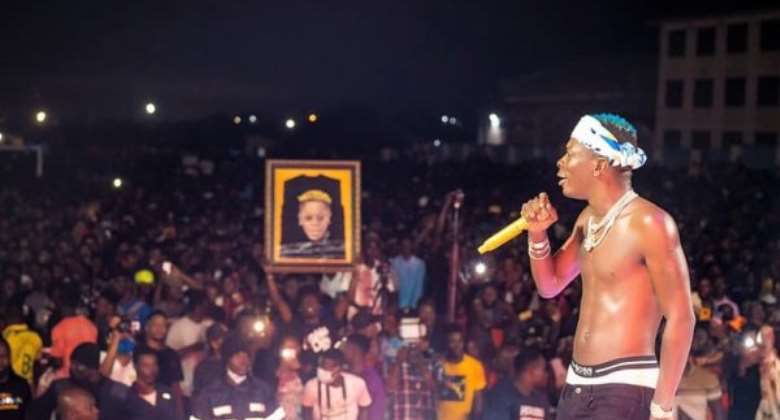 Mr Jerry Avernogbo, the defence counsel for Charles Nii Armah Mensah, aka Shatta Wale, a dance hall artiste, has asked the State to commence trial of his client within one week.

Mr Avernogbo said: “We were arrested with speed and now we are in the third month. This is a clear sign of delay. If they have something doing to us, we would have been served by now. Within one week let's start the trial.”

The counsel also expressed shock that the person who reported about “someone missing” had been “branded” as accused person in the matter.

The counsel made the remarks when the case of Shatta Wale and three others was called at an Accra Circuit Court.

They are being held for allegedly publishing false news that Shatta Wale was shot.

They have denied the charge.

The defence counsel claimed the prosecution was trying to change the architecture of the law in relation to the arrest of another accomplice whom they had been looking for before trial commenced.

Chief Inspector Dennis Terkpetey said the Police was trying get another accomplice who allegedly “triggered the process.”

“We had a gentleman agreement with counsel on the other side. If we are not getting her, then we will use other means to get what we want,” the prosecution said.

The court presided over by Mr Emmanuel Essandoh, adjourned the matter to February 15.

Shatta Wale is on GHC100,000 self-recognisance bail while his accomplices are on GHC 100,000 bail with a surety each.

Prepare for hunger in Ghana — GAWU warn Ghanaians
41 minutes ago