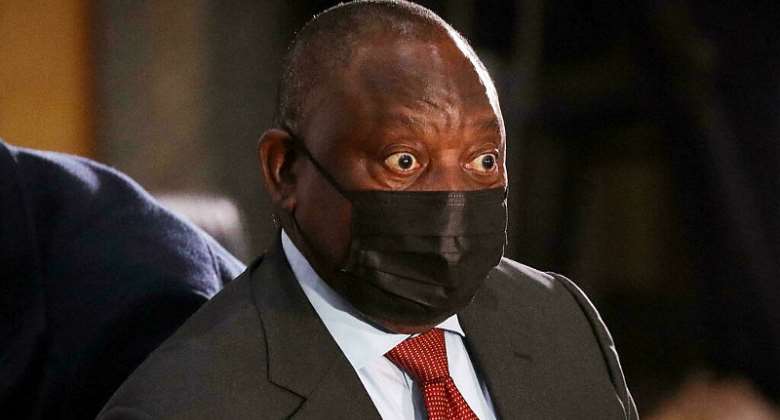 After an independent investigation into more than 5,000 Covid-19 fund contracts, South Africa's Special Investigating Unit (SIU) has found more than half of the tenders are irregular and will be referred for prosecution, President Cyril Ramaphosa said on Tuesday.

Some 940 cases worth 800 million euros in Covid funds have been flagged.

"It is unacceptable that so many contracts associated with saving lives and protecting livelihoods were irregular, unlawful or fraudulent," Ramaphosa said in a statement.

South Africa is the hardest-hit country on the continent, with more than 3.5 million diagnosed infections and more than 94,000 deaths.

"This investigation targeted individuals and institutions who believed they could exploit a moment of national vulnerability to enrich themselves and those with whom they colluded to abuse public resources," said Ramaphosa.

The SIU, an independent law enforcement agency, has referred more than 385 cases to court, more than 220 cases for disciplinary action against government officials, and 330 will be dealt with for “administrative action”, which includes public contract blacklisting.

Fighting corruption was key to Ramaphosa's election platform after the country reeled from the abuse of funds under the Jacob Zuma administration, and allegations against Zuma himself.

The money, earmarked to educate the South African public about Covid-19, was partially used by Mkhize's son Dedani to purchase a Land Cruiser vehicle, according to the SIU report. His son also withdrew large amounts of cash, it added.

Mkhize resigned from his post in August.
The SIU did not specify how the rest of the funds were spent.

Money is already in the process of being recovered in a number of cases, according to SIU.