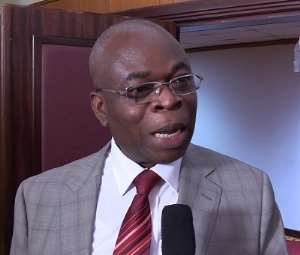 The Minority in Parliament is asking the Majority group to play by the rules of engagement as the House reconvenes today from a one-month Christmas break.

The Minority says it will not allow the Majority group to violate the Standing Orders and interpret the same at will.

The House ended its last session on a rather chaotic note, attracting wide condemnation.

Deputy Minority Leader, James Klutse Avedzi, has said his side will cooperate with the Majority side only to the extent that the rules of the House are respected.

“If we see clearly that the rules are being violated in our presence, we cannot allow these things to happen. It is clearly an affront to our democracy.”

“They as a majority must also ensure that the rules of the house are applied well. They should not try to interpret the rules in wrong ways to favour them and then next time, they interpret it differently,” Mr. Avedzi said to Citi News.

The final days of the last session of Parliament were marked by chaos after NDC MPs tried to prevent Deputy Speaker Joseph Osei-Owusu from leaving his seat to vote during a motion.

This was after some debate over whether he still retained his vote as the MP for Bekwai when sitting in for the Speaker of Parliament.

Meanwhile, the Majority Chief Whip, Frank Annoh-Dompreh, described the lack of engagement between leaderships of the House before the resumption as worrying.

In the wake of the chaos in Parliament, which he described as unfortunate, Mr. Annoh-Dompreh assured that his side of Parliament would be willing to dialogue.

“What I can say is that we have had many tense moments in this Parliament, and we have had the control to resolve issues, as it were,” the Majority Chief Whip said to Citi News.