The world has changed; gov’t anticipate e-Levy will be permanent tax - John Kumah 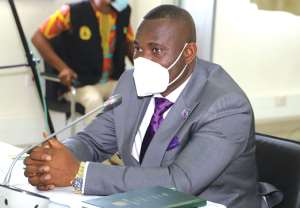 The Deputy Minister for Finance, Mr. John Kumah has indicated that the plan of government is to make the Electronic Transaction Levy (E-Levy) a permanent tax.

Government through the Minister of Finance, Ken Ofori-Atta last year announced proposed E-Levy to charge a 1.75% tax on financial transactions that exceed GHS100 per day.

As some section of the public continues to oppose the tax, it has now been disclosed that it would become a permanent tax.

“We don’t anticipate E-levy to be temporary, because of industrialization and the fourth development paradigm of the year. You know we have moved from various areas and we are now in the digital age. Going forward, the world is going to be more digital than the normal economic arrangement that we know,” John Kumah who is Finance Minister has said.

He explained to Starr FM, “Today, if I want to have breakfast I don’t have to walk to any Walmart, all I need to do is to send them WhatsApp or give them a phone, choose the menu on my phone and send them MoMo. Then before I know the food is delivered to my location. That is where the world is going.

“That is where economic activity is changing to and if you are a government you quickly have to change your tax handle to reflect the needed changes and the new paradigm of the economy. Otherwise, you will sit there and there would be nothing for you to manage the country with. So we don’t anticipate E-levy to be temporarily arranged because the world is going digital and we believe more economic activities are going forward.”

Currently, the government does not have the power to implement the controversial Electronic Transaction Levy pending its approval from Parliament.

The Minority in the house are fully against the tax and continually stress that it will fight the Majority with every arsenal to ensure the levy is scrapped.