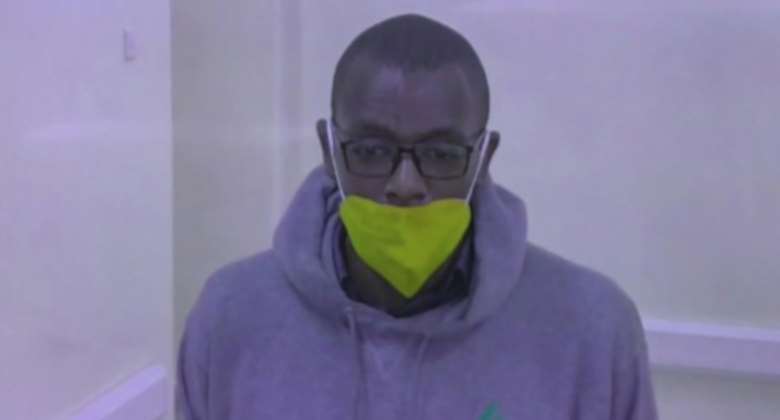 Kakwenza was charged with 'disturbing' the Ugandan president and his powerful son. By Tina SMOLE AFP

A court in Uganda on Tuesday ordered the release on bail of an award-winning satirical writer charged with insulting the country's ruling family, but barred him from speaking to the press.

The chief magistrate granted Kakwenza Rukirabashaija freedom on a cash bail of 500,000 Ugandan shillings ($140/125 euros) and ordered the 33-year-old novelist to surrender his passport.

Rukirabashaija -- who his lawyers say has been tortured in custody -- appeared via video link from a high security prison outside the capital Kampala.

He appeared frail, and a prison guard told magistrate Douglas Singiza that Rukirabashaija was "complaining of pain" and asked to remain seated for the hearing.

In granting bail, Singiza ordered that prosecutors complete their enquiries into the case by Friday and be ready to state their position at the next hearing on February 1.

The magistrate also warned Rukirabashaija that if he spoke to the press before the case was completed his bail would "automatically collapse" and he would be returned to prison.

Diplomats from the United States and the European Union were present at Tuesday's hearing.

Outside the court, his lawyer Eron Kiiza told journalists he did not think state prosecutors would be ready to present their case.

"I doubt it will go to full trial," he said.

Rukirabashaija was charged on January 11 with "disturbing" veteran President Yoweri Museveni and his powerful son, Muhoozi Kainerugaba, in a series of unflattering Twitter posts.

In one post, he had described Kainerugaba -- a general who many Ugandans believe is positioning himself to take over from his 77-year-old father -- as "obese" and a "curmudgeon".

Kiiza has said that multiple scars detailed in a prison medical examination of his client were "obvious marks of torture", and that his detention in December was illegal.

The United States, the EU and civil society groups have demanded his release and protection from persecution.

The author won acclaim for his 2020 satirical novel, "The Greedy Barbarian", which describes high-level corruption in a fictional country.

Nkoranza youth court case: Police have proven that TV sets a...
44 minutes ago