Why speak for NDC when Asiedu Nketia told me I’ve no locus? – Koku Anyidoho 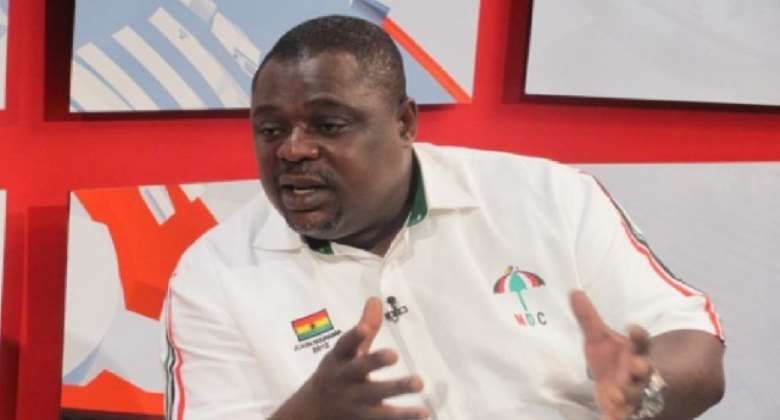 Mr. Koku Anyidoho has given reasons for distancing himself from the activities of the National Democratic Congress (NDC), a party he once served as the former Deputy General Secretary.

According to Mr. Anyidoho, there is a frosty relationship between him and the current General Secretary of the NDC, Johnson Asiedu Nketia.

He said he took a back seat from all activities of the party because Mr. Johnson Asiedu Nketia once told him in the face that he (Koku) had no locus in the party.

Mr. Anyidoho assigned this reason for distancing himself from all activities of the NDC in an interview with Kwame Obeng Mensah, host of Ghana Yensom morning show on Accra 100.5 FM on Tuesday, January 25, 2022.

He said: “Mr. Johnson Asiedu Nketia in the middle of a media interview at the Police Criminal Investigations Department head office in Accra at the time of the arrest of the National Chairman of the NDC, Samuel Ofosu Ampofo over the supposed treasonable tape walked to the media personnel and told them to shun my company because I have no locus in the party after losing my position as deputy General Secretary.”

Mr. Anyidoho said that act by Mr. Asiedu Nketia was disrespectful to him.

“He told the reporters to disregard me because I have no locus indicating that I am nobody in the party,” he stressed.

He added that he was shocked when the man, who was once his boss at the party’s headquarters did that.

Mr. Anyidoho explained that this is “the reason I’ve distanced myself from the party’s activities and now focusing on building the Atta Mills Institute, showcasing the legacies of the late President John Evans Atta-Mills”.

“Who am I to speak for a party of which I have no locus”? he quizzed.

He explained that Mr. Asiedu Nketia seems not to have forgiven him for taking the bold decision to contest him in the last national executive election.

Explaining why he contested his former boss, Mr. Anyidoho said: ‘Mr. Asiedu-Nketia had an earlier arrangement with me saying he was not interested in contesting for the position and that he had given me his blessings.

For some reason, he made a U-turn that he was still interested in the position so I took the decision to go all out not to disappoint my supporters in the party.