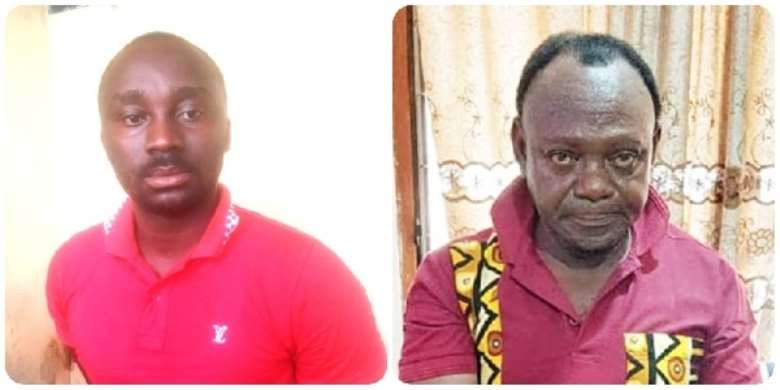 The police, in collaboration with the Medical and Dental Council (MDC), have arrested a 29-year-old man, suspected to be a quack doctor, for supposedly defrauding some foreign-trained doctors on the pretext of helping them to pass the local registration examination required to practice in Ghana.

The suspect, Bright Afful, who also claims to be a pastor, was arrested at Agona Swedru in the Central Region.

Another suspected quack doctor, Samuel Owusu, 57, has been arrested at the Adentan New Site in Accra for allegedly practicing medicine illegally and undertaking illegal abortions.

Afful was nabbed after almost three years of an undercover investigation undertaken by a team of the MDC.

Briefing journalists in Accra, the Registrar of the MDC, Dr Divine N. Banyubala, said Afful charged his victims between GH¢1,000 to GH¢20,000 to use his supposed links with some top officials of the MDC to secure questions for the alleged victims ahead of the examination.

The MDC's undercover investigator was charged GH¢10,000 when he posed as a foreign doctor who had failed the MDC examination and Afful promised to change his results for him.

Dr Banyubala said the MDC had received a number of reports about some individuals collecting money from some foreign-trained doctors who applied to write the council’s registration assessment examinations.

He said after about two-and-a-half years of undercover investigation, Afful was identified as a key person behind the dealings.

It was also found that Afful also used some of the foreign-trained doctors for medical outreaches and health screening programmes in rural communities in Cape Coast, Akoti and Agona Swedru, all in the Central Region.

The unlicensed foreign-trained doctors diagnosed patients and prescribed medication for them against the laws of medical practice in Ghana.

Owusu, the supposed ‘abortion specialist’, operated from the Kwaowus Pharmacy, which he owned, behind a plywood curtain that served as a room within the pharmacy, charging GH¢500 for his service.

During police interrogations, Owusu claimed to have received his training in medicine in Nigeria but his certificate raised doubts because it was issued by a private hospital and not a health training institution.

The pharmacy has since been closed down.

Dr Banyubala said the MDC was working on a number of policy reforms in line with professional regulatory best practices to ensure that all doctors working in Ghana met the minimum competency standards to provide safe quality healthcare services in the public interest.

Some of the reforms, he said, would include the commencement of objective structured clinical examination for foreign doctors in 2022 and common national licensing examinations for both locally and foreign-trained doctors, dentists and physician assistants in 2025.

Some of the foreign medical schools, he said, had been found to have admitted students with poor West African Senior School Certificate Examination (WASSCE) results, while some enrolled students who studied General Arts (Literature in English), Visual Arts and Agricultural Science.

He said data available to the council suggested that foreign-trained doctors who failed the council's examination were candidates who had poor knowledge in the various disciplines in medicine, including the basic sciences and basic clinical skills.

The low standards of teaching in some of the foreign medical and dental training institutions, he said, had resulted in some of the students failing the registration assessment examinations over a number of attempts.

"Some candidates have written more than 10 times and still failed. As a consequence and in furtherance of improved training and practice standards in the public interest, the board of the council has taken a decision in consonance with professional best practice to limit the number of times a candidate can write to five," he said.

Consequently, he said a candidate who had attempted the registration examinations five times would not be eligible to participate in the examinations of the council from this year.

Let’s avoid violence, anything that will tarnish image of NP...
17 minutes ago