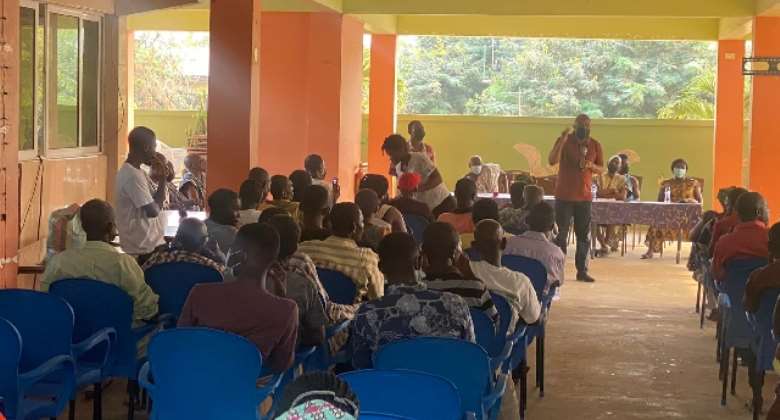 Member of Parliament for North Tongu Samuel Okudzeto Ablakwa has said his constituents has instructed him to vote against the passage of the controversial e-Levy as parliament resumes sitting today, Tuesday, 25 January 2022.

According to Mr Ablakwa, he hosted a non-partisan town hall on the e-Levy under the chairmanship of Togbe Azagba, in Mepe in his constituency.

After deliberations, a secret vote was taken to determine what his mandate should be as the MP.

Mr Ablakwa noted that 331 of his constituents voted against the e-Levy while only four voted in its favour.

“With this unambiguous instruction of some 98.81 per cent, the message from those who sent me to Parliament is absolutely no tolerance for the obnoxious E-Levy as the House resumes...This is the true essence of representative democracy,” Mr Ablakwa posted on Facebook.

The main opposition National Democratic Congress (NDC) and its Minority are against the 1.75 per cent levy which will affect electronic transactions.

Several calls on government to drop the proposed tax has fallen on deaf ears.

The government has explained that the upsurge in the use of e-payment platforms, as a result of the COVID-19 pandemic, has been an impetus for the introduction of the levy.

As a result, Ghana recorded a total of GHS500 billion from e-transactions in 2020 compared with GHS78 billion in 2016.

The government says the e-Levy proceeds will be used to support entrepreneurship, youth employment, cyber security, and digital and road infrastructure, among others.

Latest Photo Reports
Catch up with all the political quotes from our politicians.
Advertise here
More Politics
ModernGhana Links
We’re grateful for building airport for us – Bono Regional House of Chiefs to Akufo-Addo
A/R: There is a strategy to break the 8; keep me as chairman – Wontumi to delegates
‘Clap for gov’t for doing the right thing with Achimota forest’ – Benito
Achimota Forest intact, only 361 acres declassified to pre-acquisition owners — Benito Owusu-Bio
Not even Kwame Nkrumah achieved a quarter of Akufo-Addo's 1D1F – Gabby
Gov't sets up committee to find solution to Bulgarian Embassy land case
Reach each other across the aisle; have national discussions but disagree on party issues – Afenyo Markin urge MPs
Reclassify Achimota forest as reserve; it's a dangerous precedent – Minority to Akufo-Addo
Sissala West MP rolls out youth empowerment training to tackle unemployment
TOP STORIES