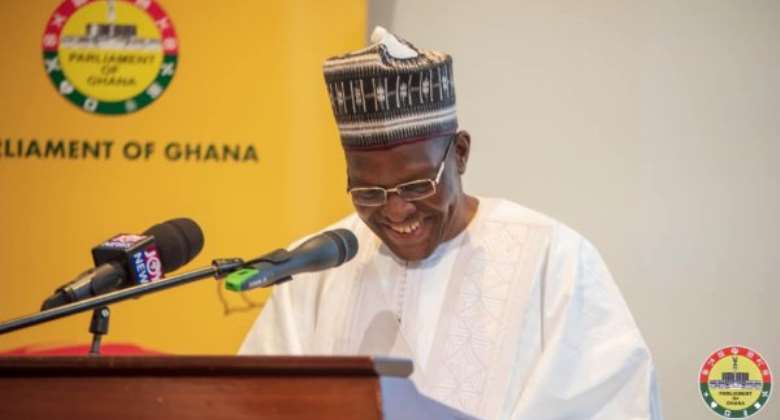 Alban Sumana Kingsford Bagbin, the Speaker of Parliament, has opened a three-day workshop for members of the Commonwealth Parliamentary Association (CPA-UK) in Accra.

The workshop on the theme, “Trade and Security: Effective Parliaments in Times of Complexities,” seeks to develop a greater appreciation of the operations of Parliamentary Trade, Security and Gender Committees in the Commonwealth.

Mr Bagbin reiterated the need for politicians to take advantage of the current composition of the Eighth Parliament to improve on the democratic gains of the country.

“I still maintain that the composition of Ghana's current Parliament as a hung one presents the Legislature with the unique opportunity to right some errors in the past,” he said.

The Speaker said whilst a hung parliament by itself was not bad, the challenges associated with it could be daunting and could lead to complexities, adding that the need to consult, dialogue, co-operate, compromise, collaborate and achieve consensus had become an imperative.

Mr Bagbin noted that one such opportunity he was pursuing was leading a process that would ensure that the Legislature was strengthened to play its role as an equal partner to the other arms of government, in the deliverance of an open, transparent and accountable government.

Mr Kan Dapaah, the Minister of National Security, on his part, said there could never be a true democracy without checks and balance, stressing that the current composition of the Eighth Parliament presented an effective way for the Legislature to check the Executive for the development of the country.

He highlighted some of the challenges of the Eighth Parliament and mentioned physical confrontation on the floor of the House and said both sides should work together in the best interest of the nation.

Welcoming the participants to the workshop, Mr Cyril Kwabena Oteng Nsiah, the Clerk to Parliament, noted the need for the Commonwealth to pay attention to developing and implementing mechanisms to boost trade, enhance security and improve gender relations.

He said the workshop was taking place at a time when member countries needed to be a unified force in the face of current global difficulties.

He said deliberations on the topics outlined for discussion during sessions of the workshop would result in a cross fertilisation of ideas for the growth of respective parliaments and renew the commitment to improve the lot of nations and the world at large.