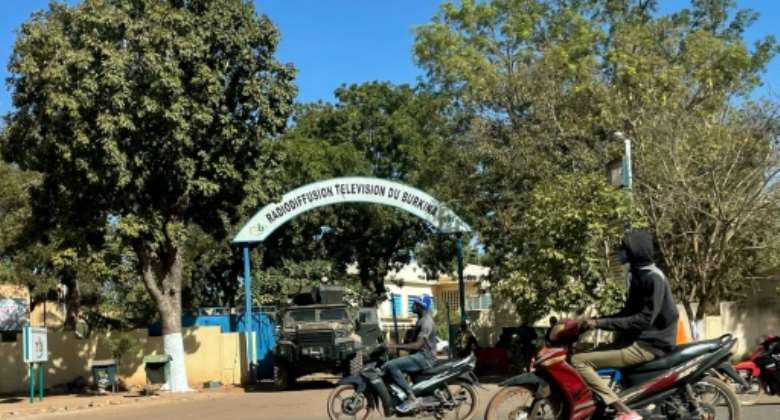 Burkina Faso's president has survived an assassination attempt, his party said Monday, with his whereabouts unclear following a mutiny by soldiers that African powers condemned as a "coup attempt".

Soldiers rose up at several army bases across the West African state on Sunday, demanding the sacking of the military top brass and more resources to fight the Islamist insurgency that erupted in 2015.

Kabore, in power since 2015 and re-elected in 2020 on a pledge to prioritise the fight against the insurgency, has faced rising public anger about failure to stop the bloodshed in the poor landlocked country.

On Monday, the People's Movement for Progress said Kabore was the victim of an "aborted assassination attempt". A minister also survived an attempt on his life and the president's home was sacked as the country "heads with each passing hour towards a military coup by force", it said.

An AFP correspondent early Monday saw three bullet-ridden vehicles outside Kabore's residence, with traces of blood visible on one of them.

He was "in the hands of soldiers" along with parliament speaker Alassane Bala Sakande and some cabinet members, one security source told AFP. The information was confirmed by a second security source.

Map of Burkina Faso locating capital Ouagadougou and cities of Kaya and Ouahigouya. By AFP

But a government source later said that Kabore had been "exfiltrated" from his home late Sunday by his presidential guard "before the arrival of armed elements who fired on the vehicles of his convoy".

By midday, no statements were forthcoming from the mutinous soldiers.

A message was posted on Kabore's Twitter account on Monday urging "those who have taken up arms to lay them down in the greater interest of the nation." It was impossible to know whether the president wrote the tweet himself, or in what circumstances.

The tweet added: "We must settle our contradictions through dialogue and listening."

Around 10 hooded troops deployed in front of the headquarters of the national broadcaster RTB on Monday, an AFP journalist said. It was not immediately clear if they were from the mutineers or had been sent in by the government.

The unrest began early on Sunday when gunfire rang out at numerous military bases, including the Guillaume Ouedraogo camp in the capital Ouagadougou. By OLYMPIA DE MAISMONT AFP

Burkina Faso has seen several coups or attempted coups. In neighbouring Mali -- where the insurgency began before crossing the border -- the military toppled the civilian government in 2020.

On Monday, West African states in the ECOWAS grouping described the latest volatility as a "coup attempt" and held "soldiers responsible for (Kabore's) physical well-being".

France, the former colonial power in Burkina Faso, urged its citizens in the country to "avoid any travel" and said that two Air France flights scheduled for late Monday had been cancelled.

On Sunday, gunfire was heard at numerous military bases, including two in Ouagadougou and later in the day near Kabore's Ouagadougou residence, and witnesses reported seeing a helicopter overhead. Mobile internet was cut the same day.

A group of protesters supporting the soldiers set up makeshift roadblocks on several main streets in the capital before being dispersed by police, AFP journalists said.

The rebellious troops presented a list of demands, which emphasised the need for a better anti-jihadist strategy but did not mention trying to oust Kabore.

"We want adequate resources for the battle" against Islamist extremists, a soldier from the Sangoule Lamizana base in Ouagadougou said in a voice recording received by AFP.

Before reports of the president's arrest, the government denied an 'army takeover'. By OLYMPIA DE MAISMONT AFP

The disaffected soldiers wanted top generals "replaced", better care for wounded troops and more support for the families of soldiers killed in battle, the spokesman for the mutinous troops added in the anonymous recording.

Then on Sunday, demonstrators set fire to the headquarters of the ruling party. Fresh protests were staged on Monday.

Before reports of the president's arrest, the government had denied an "army takeover".

In response to the unrest, authorities declared an overnight curfew from 8:00 pm (2000 GMT) "until further notice" and ordered schools shut on Monday and Tuesday.

The camp where Kabore was reportedly held also houses a military prison where General Gilbert Diendere -- a former right-hand man to deposed president Blaise Compaore -- is serving a 20-year term for an attempted coup in 2015.

The latest turbulence coincides with a jihadist insurgency that swept in from Mali in 2015, overwhelming Burkina's poorly trained and badly equipped armed forces.

Prepare for hunger in Ghana — GAWU warn Ghanaians
54 minutes ago