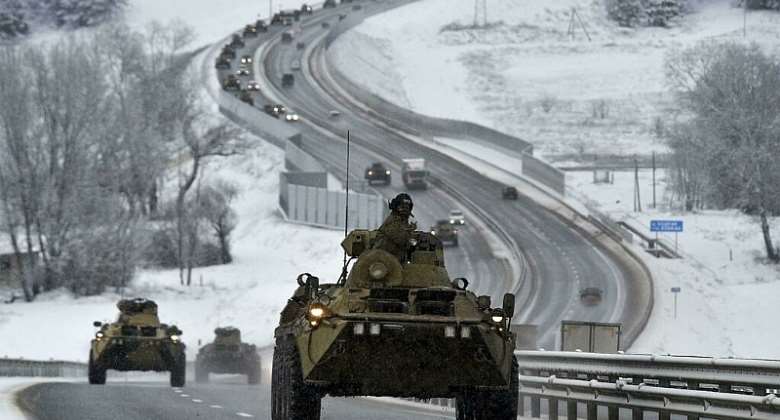 Against a background of rising fears of a Russian invasion of former soviet satellite Ukraine, Western officials will meet Monday in a bid to coordinate their response and compile a battery of sanctions against Moscow.

The United States has ordered the families of its diplomats to leave Ukraine.

The move comes as comes as EU foreign ministers will on Monday seek to align their response with the US when Washington's top diplomat Antony Blinken joins a meeting of his EU counterparts by videolink.

Blinken will brief them on his talks last Friday with Russian Foreign Minister Sergei Lavrov in Geneva, where the two sides agreed to keep working to ease tensions but failed to secure a breakthrough to calm the escalating crisis.

The West accuses Moscow of threatening a further incursion into its pro-Western neighbour by massing over 100,000 troops on its border. The Kremlin insists its forces are not there to invade.

As tensions increased, Washington on Sunday authorised the "voluntary" departure of non-essential embassy staff and urged its citizens in Ukraine to "consider departing now" ahead of any possible Russian military action.

US leading diplomatic push against Putin

The United States has led a diplomatic push to dissuade Russian President Vladimir Putin from attacking Ukraine. Washington has also attempted to marshall its allies to prepare severe economic punishment for Moscow if Putin does act.

Blinken has promised to provide a written response this week to Moscow after Russia laid down a series of security demands that would stop Ukraine joining the Nato military alliance and roll back Washington's influence in eastern Europe.

EU foreign ministers gathering in Brussels will look to sound out the United States over its plans as Europe frets it has been left on the sidelines of discussions about its own security arrangements.

Washington and Europe have threatened Moscow with "massive consequences" if it sends in its forces -- but getting consensus for hard-hitting measures among the bloc's 27 nations is a complex task.

EU officials have been consulting with member states in a bid to draw up a raft of sanctions in case Putin invades.

Meanwhile, Washington issued a travel advisory warning Americans to avoid all travel to Russia due to the situation "along the border with Ukraine," warning they could face "harassment".

Britain's foreign ministry said Monday it was withdrawing some staff and their relatives from its embassy in Ukraine in response to the "growing threat from Russia".