Service in humility is missing in the youth —Okyenhene 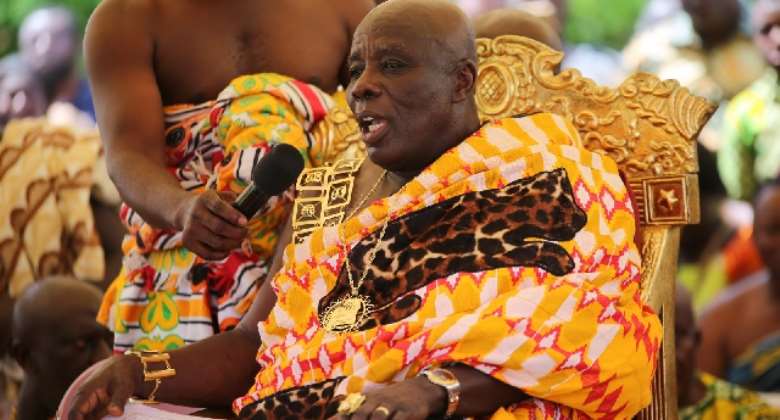 Okyenhene Osagyefuo Amotia Ofori Panin has decried the absence of "service in humility," among the youth in the country.

The Okyenhene said: "We do not serve any longer in this country. Service is missing in the country, but service is important."

Quoting scriptures from the Bible , the Okyenhene indicated that Jesus Christ in his bid to wash the feet of his disciples said, "he who among you that want to be great, should serve."

He, therefore, appealed to all, especially the youth to serve the country and Okyeman in humility for the development of the entire nation.

Osagyefuo Amoatia Ofori Panin said this at the weekend during the installation of Mr Daniel Yaw Oppong, a private legal practitioner, as "Manwerehene" of Akyem Abuakwa at Ofori Panin Fie at Kyebi in the Eastern Region.

The Okyenhene noted that Mr Oppong had served Okyeman in humility hence his elevation.

He has, therefore, entreated the youth to serve with good heart, love and in truth and humility.

Mr Oppong with the stool name "Omansomfo Barima Oppong Kodie," pledged to continue to serve Okyenhene and his elders in humility.

"When I was asked to do cases for them and offer legal advice, little did I know that this was going to come. What is happening today is priceless and inestimable, I can't quantify it in terms of money," the "Manwerehene" said.

The "Manwerehene" also pledged to continue with his advocacy on environmental conservation.

The "Manwerehene" literally means a confidant and a fighter.

Terrorism: Be quick to report any suspicious persons or pack...
25 minutes ago