Getting snappy: concerns over blue crab invasion in the Mediterranean

By Ollia Horton with RFI
Europe 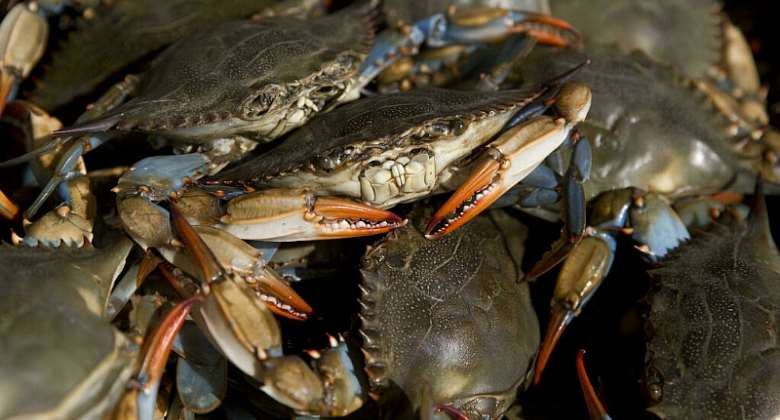 This species of crab, originally from the west coast of the United States, has found a new home in the lagoons around the French Mediterranean coast, destabilising not only the local ecosystem as well as wreaking havoc on the fishing industry.

This aggressive crustacean, known to Americans the Chesapeake or Atlantic blue crab, gets its name from its bright blue claws. It is considered a culinary delight.

Transported in the ballast water of ships travelling across the Atlantic or from the Gulf of Mexico, the crabs have gradually shifted from Spain towards France since about 2017.

The crabs, which are able to swim up to 15 kilometres per day, have have taken a special liking to Canet-en-Roussillon, in France's southern Pyrénées-Orientales department along thr Spanish border.

Measuring up to 23 centimetres in width, the species has also been found in small lakes in the southern Aude and Hérault regions and has even been spied in Corsica.

Studies have shown that the average temperatures of the Mediterranean Sea is rising, and this is having an impact on plants and animals in the region, with new species like the crab moving in.

The blue crab has a lifespan of around three to four years, and grows more quickly in warmer water. Females can lay up to two million eggs.

In 2021, around 10 tonnes of the crab was fished in the Canet-en-Roussillon area, according to Pascal Romans, a specialist from the Oceanological Observatory in Banyuls-sur-mer.

"This crab has an extremely varied diet and has completely destabilised the food chain," Romans told the newspaper 20 Minutes, adding that it eats anything it can gets its claws on, be it green crabs, small fish or eels.

He has observed that certain bird species are moving away from areas the crabs have colonised because there's no food left.

For fishermen, it's also a nightmare due to the sharpness of the claws, which rip traditional nets to shreds.

"In December, I caught around 30 kilos of crabs," Jean-Claude Pons told 20 Minutes, "we don't know what to do about it."

There are concerns for the shellfish industry, as the crab has taken a liking to mussels, smashed and swallowed whole, and medium-sized oysters, which they can prise open with their claws.

A study has been commissioned by the state and the Occitanie region in a bid to curb the colonisation and provide support to the fishing industry.​​​​

What about using it as a food source? In the United States blue crabs can fetch the equivalent of 90 dollars per kilo, but in France they are not appreciated by diners, and are worth merely 2 euros per kilo, according to Reuters.

As the population of this crab steadily increases, experts have also warned of dangers posed to swimmers and other water users.

Bold by nature, the blue crab isn't afraid of humans. Even though it prefers lakes and waterholes, it isn't shy about strutting over to the seaside from time to time.

"With the blue crab, it's straight to the hospital," says Pascal Romans, remarking on the sharpness of the crab's pincers.

"This could be a worry for swimmers even from as early as this summer," warns local guide and fishing instructor Patrick Valdivia.