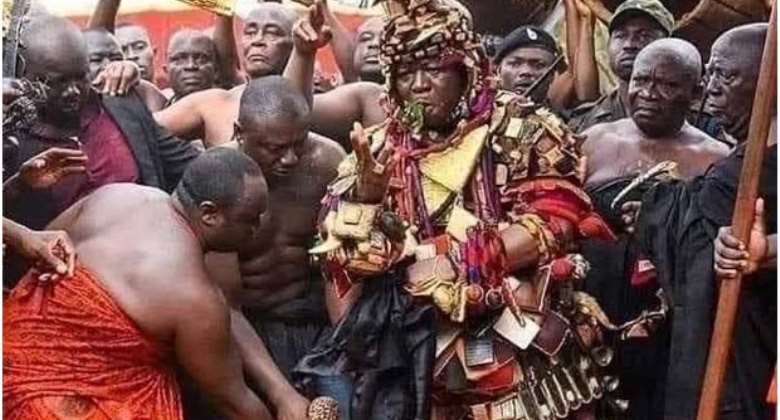 The attire Asantehene Otumfuo Osei Tutu ll is wearing is called Batakari Kɛseɛ, a traditional war amour that was given to Otumfuo by Yaa-Naa, the Overlord of Dagbon.

The presentation of this warrior dress was made to the Asantehene Osei Tutu l when he invited Yaa-Naa Gariba for peace talks in 1715.

This is passed on to you immediately you become the King of the “Asanteman”.

Whenever Otumfuo wears this traditional war amour no metal in the form of a bullet or knife could penetrate his body.