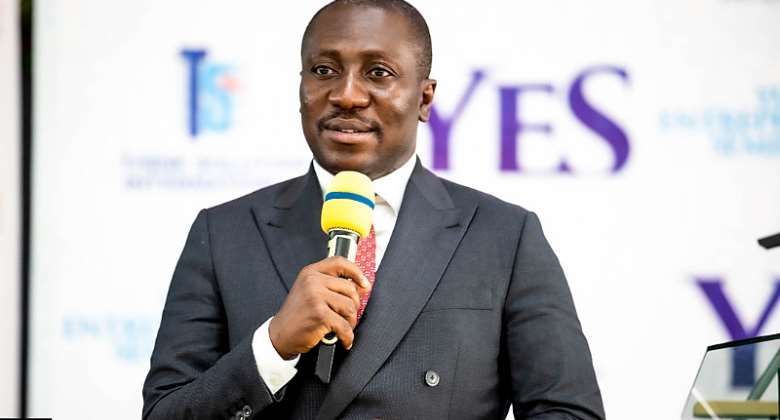 The Deputy Majority Leader, Alexander Kwamena Afenyo-Markin, has charged party members willing to contest various positions in the party to be decorous in their pronouncements.

He cautioned that, "the desire to break the eight is neither a divine right nor guaranteed outcome, we must work for it every minute of every day for the next three years."

Speaking at the Majority Caucus retreat at Kwahu Abetifi, the Deputy Majority Leader stated that undermining each other is a worrying trend that has the potential to negatively affect the party’s fortunes in 2024.

‘’Indeed, this is why it seems irritatingly too early, to a large extent, perilous, for those of our compatriots interested in leading our party at various levels to start aggressively undermining each other as some reports suggest,’’ he emphasized.

The retreat seeks to enhance their advocacies on some key policies and programmes of the government.

Speaking, he said, the phenomenon is worrying and must be nipped in the bud, else the consequences for the NPP in its agenda to break the eight years cycle maybe a mirage.

‘’I dare say that if we are not careful, we’d end up working at cross purposes, leading us to ultimately, lose the confidence that the good people of Ghana have reposed in us. On the point above, I do submit that there is the need for all of us to learn from our mistakes in the past and ensure that we work together to break the eight’’ he admonished.

He urged the caucus to work together as a team to ensure the party's agenda comes into fruition.

The Deputy Majority Leader also stated that in working as team members they should avoid petty issues that will derail the ultimate goal of the party as it has resolved to win the 2024 elections.

He further admonished members that divisionists must be kept at bay as that is one of the ways the party can break the eight-year jinx.

He assured the MPs of the leadership’s resolve and determination to put in place capacity building programmes for all Members of Parliament in the ensuing year to aid them in their advocacies on the floor of the House.

Latest Photo Reports
Catch up with all the political quotes from our politicians.
Advertise here
More Headlines
ModernGhana Links
US groups offered me money to drop anti-LGBTQ+ bill, they wanted sort me out for life – Sam George
45 years in ministry: Bawumia congratulates Archbishop Duncan-Williams for touching lives
You’re father to many; no wonder you're called 'Papa' – Bawumia praises Duncan-Williams on 65th birthday
Petrol, diesel, LPG prices to go up this week—COPEC, IES predict
NDC cannot support collateralisation of every source of future revenue; Agyapa deal must go – Mahama
‘We’re committed to protecting you from robbery attacks’ – Akufo-Addo to MoMo vendors
You're blessing to Ghana, Africa and the world — Mahama celebrates Duncan-Williams on 65th birthday
‘My big brother’ John Ndebugre was a mentor, comrade – Mahama
Deputy NADMO Director involved in accident
TOP STORIES

Prepare for hunger in Ghana — GAWU warn Ghanaians
27 minutes ago