When a country destroys itself slavery comes to life 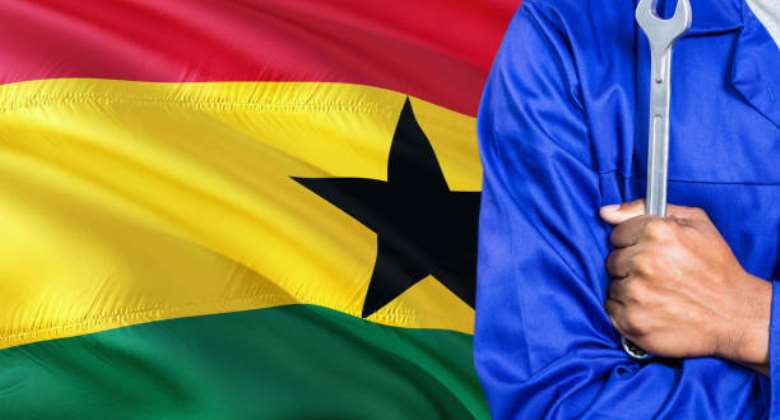 Social Media in Ghana is full of insults, justified or not, against political parties, leaders and politicians which is part of the political game in any jurisdiction of the world. When in addition to it even strong traditional leaders get attacked the same way a country and its people have reached a new and troublesome level and dimension, the road to lasting downfall in world history.

Ghana gained independence in 1957 from the British Empire. Still in many ways in admiration of the rules of their ex-colonial Master visible in the armed forces, police service, parliament setting, laws and even funny dressing of judges, academics and school uniforms.

Democracy and the status of a Republic take away the powers of traditional leaders while the tribesmen and local citizens especially in a rural area and country dominated by rural folks with less education these traditional leaders still have a great influence on the thinking and acting of their kingdom people.

The King of the Ashantis back in the late middle age saw the revenue of Ashanti Gold to make him rich and powerful dwindle sharply, his local Paramount Chiefs and Chiefs refused to pass on to him his share of the gold found in their local area. To stay relevant he saw slavery as a lucrative market based on the demand by the white man. For the sake of personal power, he sacrificed his people across the boundaries of today Ghana.

Ghana today sees once more that traditional rulers fight each other over moral, political and economic issues. In addition, Ghanaian citizens and tribes disconnect themselves more and more from traditional rulers as they do no longer represent their legitimate interests but are trapped in party politics too much. While traditional rulers should behave as wise fathers to their people and think independently the Constitution of the First Republic of Ghana has started their downfall.

What Ghanaians and the rest of the world observe daily on the grounds of Ghana is a society tearing a great country down into pieces. Tribes fight each other, Leaders are empty of vision and integrity but rich in corruption of stolen money, traditional rulers legally powerless and fighting each other, the economy down on its knees, the masses wishing to live abroad, highly indebted to the white man...the glue to keep the nation still up and running is the pampered hope no one should seriously insult another to keep peace in the country.

American Revolution, French Revolution, October Revolution, Arab Spring etc. are lessons to learn from and draw the appropriate conclusion to create a better tomorrow for people.

Prepare for hunger in Ghana — GAWU warn Ghanaians
55 minutes ago