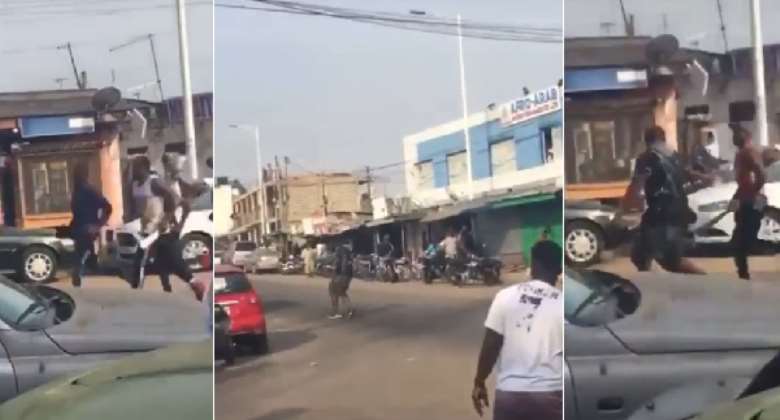 Security experts have warned that the continued existence of gang groups in slum communities could be fertile grounds for terrorist groups to engage the youth.

They said though there could not be any direct link between the gangs at Nima and Maamobi, both Islamic communities in Accra, their continued existence could pose a security danger.

Dr Festus Aubyn, security analyst, said extensive research carried out in the areas could not link the two rival (Bombom and Kumordzie) groups that engaged in violent clashes recently to any terrorist group.

He, however, stated that terrorist groups always thrived on some of the happenings between such groups and their violent characteristics.

“Just like we said about political vigilantes, terrorists always look for entry points and once they have these entry points, it makes it easier for them to gain a foothold in any community or country to start a similar activities,” he added.

He, therefore, said, “beyond the Police arrest, which deals with the criminal dimension of the problem, we need to unravel what has caused the longstanding feud and put measures in place to deal with that.”

Mr Abid Saani, a Foreign Policy and Security analyst, affirmed that the violent activity that such groups engaged in opened them up to terrorists and any hardened criminal groups.

He said "arresting, having people on the ground and intelligence gathering is fine, but it is not sustainable. The most sustainable-simplistic way to deal with this is to address this issue of insecurity so that the quality of life of the people is improved.”

“If they have jobs in the first place, they would have been at work and not engage in violent act; but if their life is wretched, there's even more reason to die than to live.”

He also called for stronger partnership between the Government, non-governmental organisations (NGOs), civil society organisations (CSOs), and all relevant stakeholders to improve education in the inner cities.