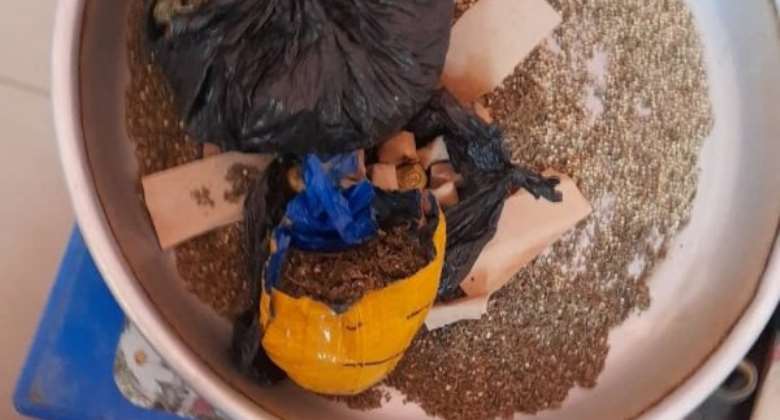 They were apprehended following a tip-off.

The suspects, both Togolese, were arrested in an uncompleted building at Apedido, a suburb of Aflao, with quantities of dried leaves and seeds suspected to be narcotics, the Deputy Superintendent of Police (DSP), Mrs Effia Tenge, Volta Regional Police Public Affairs Officer, told the Ghana News Agency.

She said the Divisional Command received several complaints from residents around the area that a group of young men were peddling drugs in the area and harassing residents.

She said preliminary investigations revealed that the suspects, together with others, had been peddling drugs in the community for some time.

The suspects were being processed for court, she added.