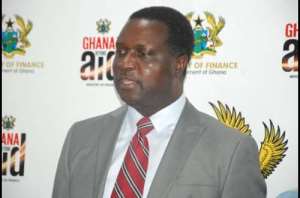 Dr Yaw Osei Adutwum, the Minister of Education, says research conducted by the National Teaching Council revealed that 94.5 per cent of headmasters or headmistresses in the public schools have no formal training in school management.

“This cannot happen in this 21st century that you can become head of a school without formal training in school administration,” the Minister said.

To address the situation, Dr Adutwum said the Ministry, through the National Education Institute and the National Inspectorate, was mobilizing all agencies under the Ministry to train heads of the schools and equip them with modern knowledge in school administration.

The Minister said this on Friday at a meeting with Non-Governmental Organizations and Civil Society Organizations in the education sector to explore ways to support the Ministry to deliver on its strategic objectives.

That, he said, was crucial because the Ministry needed the experiences of such organisations to champion the government agenda on transformational education for socio-economic development.

He said the introduction of the National Standardized Test for all primary four students in the country, which started on December 17, 2021, was to evaluate learning outcomes in English and Mathematics at the primary school level.

The Minister said this years' timetable for the test would come out early for primary two, four and six, adding that the initiative would create a system to ensure value for money.

He said President Akufo-Addo recently broke grounds for the construction of a Science, Technology, Engineering and Mathematics (STEM) School in Accra, to reorient the educational system to focus more on science and technology.

As part of the commitment to the advancement of STEM education in the country, he said the government had commenced the development of 20 STEM centres and 10 model STEM Senior High Schools across the country, which were at various stages of completion.

The construction of STEM Schools, he stated, was necessitated by calls from stakeholders and industry experts on the need for the country's curriculum to reflect the demands of the industry.

Dr Adutwum announced the government's intention to roll out the Community of Excellence Project to enhance literacy among children and ensure continuity of access to education of the younger generation.

Under the project, he said, the government envisioned a community where 90 per cent of the children at the age of 10 would be able to read and write meaningfully from Junior High School to Senior High School and transition to the tertiary level.

The NGOs commended the Minister for the engagement and stated that such collaboration would improve the country's educational system.

Mr Bright Appiah, the Executive Director of Child Rights International, urged the Minister to be proactive with the incentive to teachers in rural schools to address the attrition challenges in the rural communities.

Mr Peter Obeng-Asamoah, the Executive Director Ghana Blind Union, appealed to the Minister to include persons with disabilities in government educational programmes to ensure inclusive development.