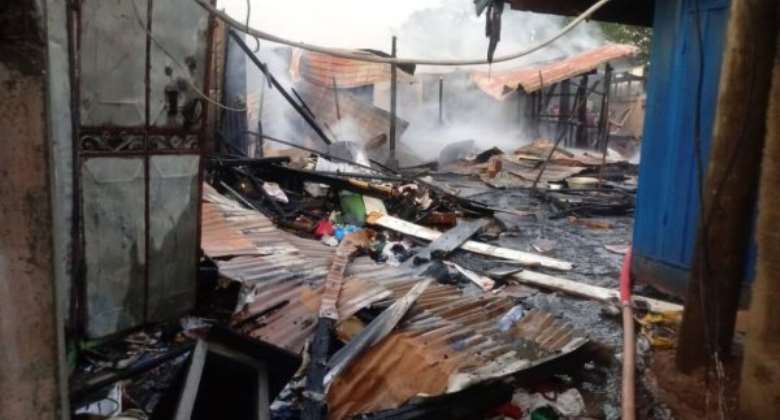 Hon. Samuel Nii Adjei Tawiah, the Municipal Chief Executive (MCE) for Korle Klottey, says the reconstruction and rechanneling of drains from Paloma and Asylum Down is the cause of the delay of the Odawna Market rebuilding.

He said the Assembly together with the Ministry of Works and Housing were working towards reconstructing the drains before work commenced on the market redevelopment.

“One of the reasons why we have to wait is to ensure that the reconstruction happens before the building of the market or at least have the plan for the drains so that we know where we can build and the sort of things that can be put on top of the drain,” he said.

The MCE said this in an interview with the Ghana News Agency on the sidelines of the disbursement of items to Persons With Disabilities (PWDs) in the Municipality.

The Assembly presented startup items, including provisions, hairdressing equipment, and phone repair accessories to the PWDs to enhance their livelihood.

The Assembly also offered educational support to three PWDs, two at the tertiary level and one in basic school.

The items were estimated at GHC60,000 and was the third disbursement by the Assembly since its establishment in 2019.

Mrs Jean Ameley Tagoe, Director for Social Welfare Department at the Assembly, said the disbursement was funded by the three per cent of the District Assembly Common Fund allocated to PWDs.

She entreated them to put the items to good use to enable them to establish and fend for themselves.

The MCE said the reconstruction of the drains formed part of the Greater Accra Resilient and Integrated Development (GARID) project being implemented by the Government to ease congestion in the area as well as prevent floods.

He said some investors had shown interest in the market redevelopment and that they would be partnering the Assembly to commence the construction soon.

The MCE, in a related development, said the Assembly was also in the process of reconstructing the Tema Station Market into a modern bus terminal and market.

“We are far ahead with the Tema Station plan and we have been able to select a company to rebuild the station, market and a hotel,” he added.

The Odawna Market at Kwame Nkrumah Cirlce Interchange was gutted by fire on November 18, 2020, destroying property worth thousands of cedis.