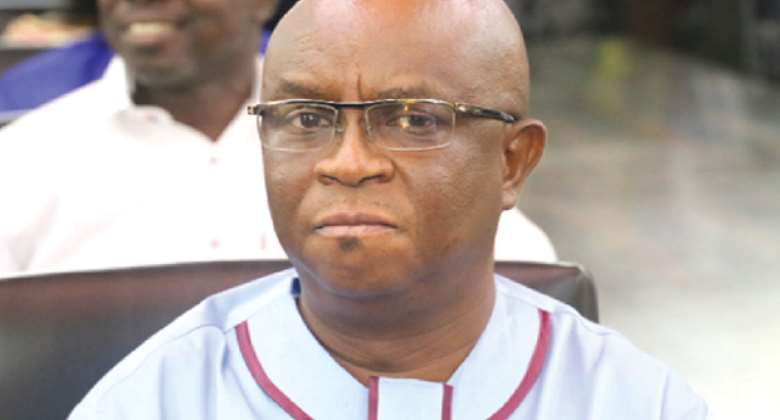 He said taking instructions that would lead to financial misappropriation and embezzlement of public funds from Municipal and District Chief Executives and people of influence at the various MDAs amounted to disservice to the citizens and must be stopped.

Dr Letsa made the call during a meeting with heads of departments and some staff of the Keta Municipal Assembly as part of his six-day tour of all 18 MDAs in the region.

The visit, which aimed to monitor and supervise activities of the MDAs, was to also interact with the staff to address some weak value systems and non-adherence to service delivery standards to drive development in the areas.

The Regional Minister said heads of departments, especially at the Keta Assembly, had roles to play to ensure some rots that happened under previous administrations did not recur in the common interest of the generality of the people.

He noted staff's commitment and faithfulness to the tasks expected of them was key to placing Keta in a good position and redeeming its image, noting the Municipality's ranking at both regional and national levels in recent years was not befitting of the over 33-year old Assembly.

Mr Emmanuel Gemegah, Municipal Chief Executive (MCE) for Keta, promised a new dawn for Keta, saying the Assembly under his leadership would adhere to Local Government Service's service delivery standards to propel the development of the area.

The MCE, who led Dr Letsa and his team from the Volta Regional Coordinating Council to inspect some three ongoing projects in the Keta Market with funding from the Ministry of Transport, District Performance Assessment Tool and Internally Generated Fund, said the Assembly was making some efforts to impact lives of the people.

He said the Assembly was in talks with stakeholders for partnership in various areas, including road infrastructure, tourism and the economic sector, assuring, "a lot is coming back to Keta."