As Africa Cup of Nations plays on in Cameroon, taxi drivers fear violence 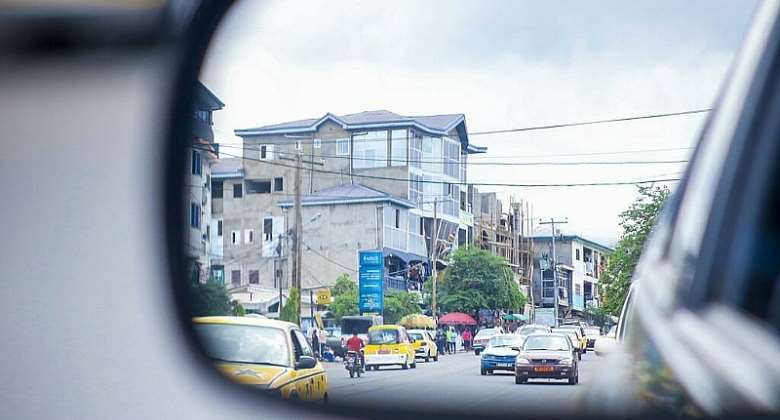 At the regional hospital mortuary in Buea, Cameroon, people gather and cry after getting word that their loved one, a taxi driver, had been killed – caught in a gun battle between Cameroon security forces and anglophone separatists.

“We went to the scene and realised that two people were already dead. One was a taxi driver we know very well, Ngoh Winfred, nicknamed Willy Bobo,” says John Musonge Litute, president of a local taxi union.

“We don't know who shot the driver."
The population of Buea, the capital of one of Cameroon's two English-speaking states, continues to live in uncertainty as the security situation deteriorates.

Cameroon is the host of Africa Cup of Nations (Afcon) championships this month, and many fans watching the Group F Series in Limbe stay in Buea. Taxis shuttle them between the two cities.

There are fears separatists are stepping up attacks as the continent, and the world, looks to Cameroon as Afcon host.

On 12 January, a soldier was killed by a handmade bomb in an attack carried out by separatists in Buea. And in the neighbouring North-West anglophone region, opposition Senator Henry Kemende was shot dead.

Taxi drivers in Buea are offering a vital service, especially after the motorcycle taxi ban due to unrest. They feel targeted.

“We are vulnerable, we don't know who will be the next person” to be killed, says taxi driver Eben Chu, adding they have angrily called for city officials to step up security in town.

He is referring to the anglophone crisis, which started as peaceful protests calling out discrimination in municipal jobs. After a brutal crackdown by security forces, separatists took up arms against the central government.

Separatist fighters, who enforce mandatory "ghost towns", where they require residents to stay home, consider anyone violating these calls for a lockdown to be the enemy.

“Every day we lose one driver by a shooting or bombing and nobody is talking about it,” says Chu, adding that taxi drivers' contributions are not being recognised.

“We have contributed a lot to keep Buea municipality going,” he tells Batata Boris Karloff of the Africa Calling podcast.

At the start of Afcon, the transport delegation produced a special pass to allow taxi drivers to shuttle between Buea and Limbe, dropping off spectators with ease.

However, the situation has not gone as planned because drivers are scared of losing their taxis or their lives, says driver Man El-Musa.

“So many of the drivers are afraid that if you go to Limbe they might take note of your car,” and attack you, he says.

If the taxi drivers stop work, circulation grinds to a halt. Drivers believe this is the main reason why they are targeted by separatists.

“We are calling on our members to be vigilant. They should think about the way they talk – if they carry passengers they shouldn't speak about anything political,” says Chu, also a taxi union executive member.

In the interim, taxi drivers are trying to look out for themselves.

“We have to be our own security,” says taxi driver John Litute.

Nkoranza youth clash with police over ‘suspicious’ murder of...
56 minutes ago