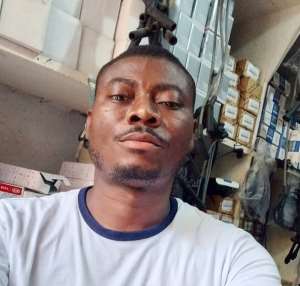 The chiefs, elders and residents of Mirekukrom, a farming community near Kwahu Praso in the Kwahu South Municipality of the Eastern Region are passionately appealing to government to as a matter of urgency, construct speed ramps along the town's road.

They said the move will help curb vehicle knockdowns of mostly children.

Speaking to the correspondent in an exclusive interview, the youth president of the town, Mr Danso Abeam who was speaking on behalf of the Odikro of the town, Nana Appiah who also doubles as the Akroma Komfour and the entire residents disclosed that there have been several cases of vehicular knockdowns in the area.

He attributed the situation to the lack of speed ramps in the town.

According to him, drivers overspeed when approaching the town which often results in children being knocked down to death.

According to the youth president, vehicles have since this month January 2022, knocked down three children who are responding to treatment at the hospital.

Mr Danso Abeam said the attitude of the drivers is causing fear and panic within the townsfolk, hence the urgent appeal to government for speed ramps.

Mr Abeam indicated that though the residents of Mirekukrom are very grateful to the government for constructing their road, the current challenges need to be addressed to save lives.

He urges drivers to avoid overspending when reaching the town

"Our problem is the construction of road ramps so come to our aid," the youth president emphasised.