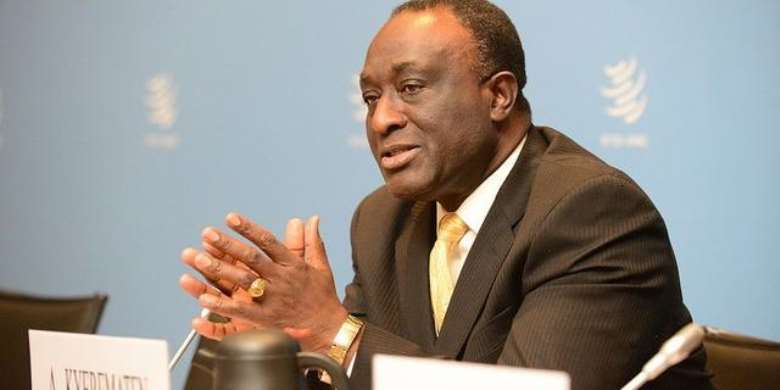 A former Member of Parliament for Nsuta Kwamang, Kwame Asafo Agyei has implored the New Patriotic Party (NPP) to present the Minister of Trade and Industry, Mr. Alan Kyeremateng as its flagbearer for the 2024 general elections.

In an interview, the former NPP MP said Alan is the party’s best bet to break the eight and stay in power beyond the two terms of President Nana Addo Dankwa Akufo-Addo.

According to him, presenting anybody rather that the Trade Minister will see the ruling party being booted out of power.

“Alan Kyeremanten is highly favored to win election 2024 according to a recent nationwide poll.

“He managed to secure 50 percent of votes from the participants of this poll whilst the Vice President managed 20 percent. If we want to win a general election then we need to present Alan as our Flagbearer for election 2024 but if we want just a flagbearer then we should nominate the Vice President,” Kwame Asafo Agyei said as reported by 3News.

The New Patriotic Party government has two more years to spend in power before the next general elections.

Besides Alan Kyerematen and Dr. Mahamudu Bawumia, reports has it that Boakye Agyarko and current Minister in charge of Agriculture, Owusu Afriyie Akoto are all interested in leading the NPP in the 2024 general elections.

I’ve increased TVET enrolment in SHSs by 44,000 representing...
26 minutes ago