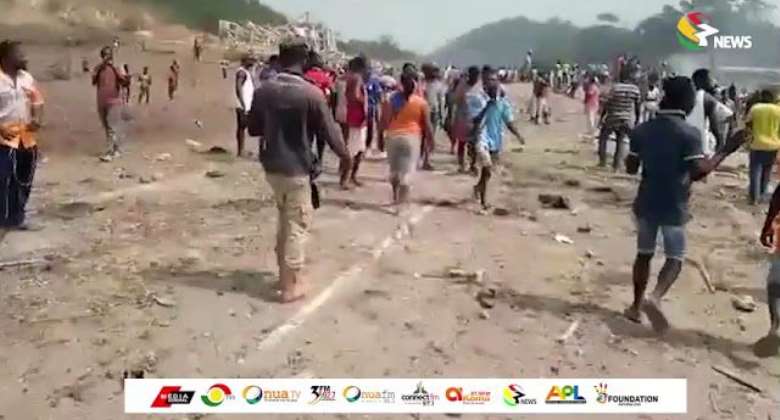 The Municipal Chief Executive (MCE) for Prestea- Huni Valley, Dr Isaac Dasmani has said his office needs building materials to reconstruct the damaged houses in Appiatse, a community near Bogoso in the Western Region where the explosion occurred on Thursday January 20.

The explosion led to the destruction of the entire community.

Speaking on the Key Points on Saturday January 22, he said “I will need building materials because for how long can we feed the victims. We want the authorities to come to our aid to start construction as soon as possible.”

He added ” By Monday, we will clear the site and start construction as soon as possible.”

Vice President Dr Mahamudu Bawumia had also assured that efforts were being made to rebuild the community.

Vice President Dr Mahamudu Bawumia who visited the scenes on Friday January 21 said ” Government on its part is going to do everything to support the family, to support those who have been injured. Thankfully, the Ambulance Service played a major role in the rescue.

” For the houses that have been destroyed we are already beginning to think about how to rehabilitate and rebuild for the community.

“The president has given us the directive, I have spoken to the State Housing Cooperation inclusion with the Mining companies here we will quickly try to put in lace the facilities that will help those who have been displaced.”

“Government is fully engaged in all these process and we are going to see to it that the people are taken care off.”

The Police had said its preliminary investigation established that a mining explosive vehicle moving from Tarkwa to Chirano mines collided with a motorcycle resulting in the explosion.