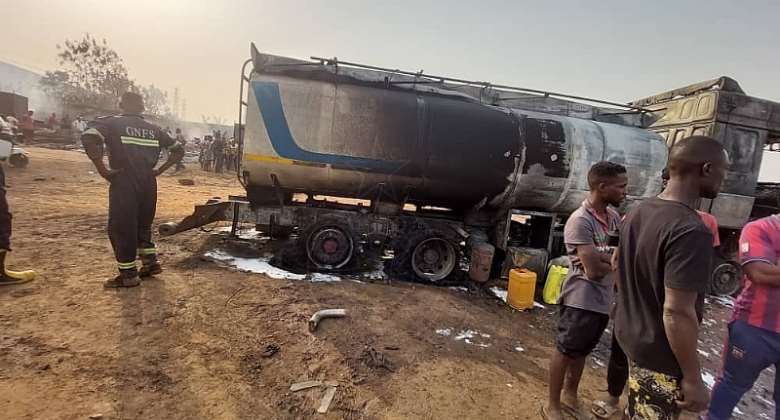 This has been announced by the Ghana Police Service in an official statement released via its Facebook page.

“Today January 21, 2022, at about 3:00 pm a fuel tanker that was discharging fuel to some tricycles at Kaase caught fire,” part of the Police statement reads.

Although the Police reports that no person died, it confirms that a few people unfortunately sustained some injuries.

The tanker driver and the tricycle rider all managed to escape the incident with no injuries.

The Police are currently conducting investigations into today’s incident to ascertain what actually caused the fire.

Find more in the attachment below: