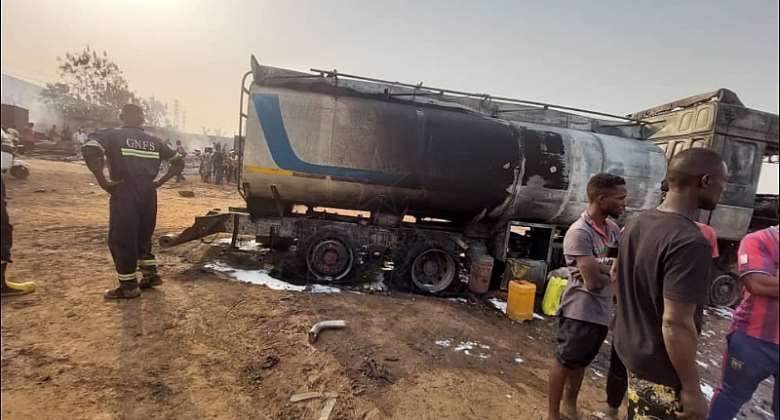 Police have said there was no casualty after a fuel tanker caught fire at Kaase near Asokwa in Kumasi in the Ashanti Region.

The Police in a statement said “at about 5:30 pm a fuel tanker that was discharging fuel to some tricycles at Kaase caught fire, today January 21, 2022.”

A few people are believed to have sustained some injuries, the statement added.

It further said “Thankfully,” the Police said “no persons have been reported dead.”

The tanker driver and the tricycle rider involved have escaped the scene.

The police are at the scene to manage the situation.

“Meanwhile, we are investigating and full details will be given in due course.”

This comes just a day after a mining explosive vehicle moving from Tarkwa to Chirano mines collided with a motorcycle resulting in explosion.

Thirteen people have so far died in relation to this accident.

Speaking to journalists on Friday January 21, the Director General, Public Affairs Directorate of the Police Service, ACP Kwasi Ofori said “It was misreported that they were dead but when they were taken to the hospital, the medical officers certified that they were not clinically dead and as such, they were admitted and treatment is ongoing. So it is 13 and we should take note of that.”