I've no hand in posters circulating in my name — Sheikh Achuliwor 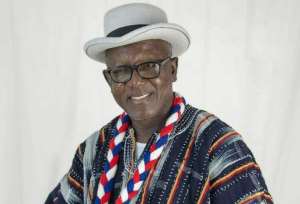 Sheikh Abdullah Otito Achuliwor, a stalwart of the ruling New Patriotic Party (NPP) in the Upper East Region has denied knowledge of posters and banners of him circulating in the Navrongo Central Constituency.

The posters suggest his intention to contest the seat in the 2024 Parliamentary primaries.

Sheikh Achuliwor in a signed statement copied to the Ghana News Agency in Bolgatanga said he did not doubt that the act was perpetrated by detractors who did not wish well for the NPP, particularly in the Navrongo Central Constituency.

“I will like to send strong caution to the faceless persons or group of persons behind this diabolic agenda to desist from it or I will be compelled to take legal action against persons caught or properly identified for engaging in these actions.”

The Sheikh noted that every true member or supporter of the NPP would be familiar with, and respect the constitution and leadership of the Party, especially the recently issued guidelines to regulate the conduct of members including potential aspirants.

He said no persons or group of persons who have the welfare of the NPP at heart would impugn the provisions of its time-tested constitution and flout the guidelines as issued.

He said it was expected that “Any person or group of persons who believe in me and genuinely seek to promote me for anything very honourable, like putting myself up to serve the good and cherished people of Navrongo Central would first engage me to understand my position and opinion and properly seek my advice and approval before taking such actions."

“I have neither engaged, nor have I been engaged by anybody or group on the 2024 Parliamentary primaries of our Party and so have no knowledge of the activities of the said persons or group", he emphasised, and said they "have thus resorted to the disingenuous strategy of sowing seeds of discord in the Party for their diabolic gains."

Sheikh Achuliwor said he was much focused on helping the NPP government led by President Akuffo-Addo to deliver on its mandate, adding that it was his priority to continue to work with all relevant and genuine stakeholders in the constituency, Regional and National structures, to unite, reflect, re-strategize and recapture the Navrongo Central seat.

He noted that the NPP as a family was still mourning the demise of Mr Joseph Kofi Adda, the former Minister of Aviation and Member of Parliament (MP) for Navrongo Central, and was focused on helping to give the late Mr Adda a befitting farewell.

“May the all-merciful Allah grant Janatal Firdaus to Mr Joseph Kofi Adda, Mr John Setuni Achuliwor and all departed patriots whose toil and sacrifices made the NPP what it is today in the Navrongo Central Constituency,” he said.