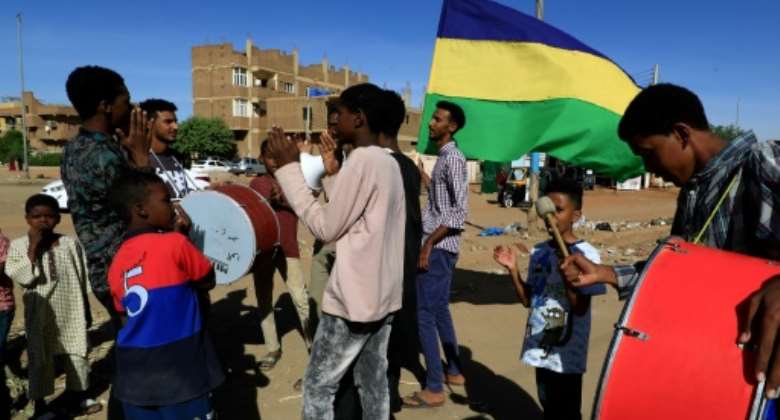 Sudanese anti-coup protesters held a "day for the martyrs" Friday, gathering outside the homes of some of those killed in a violent crackdown on demonstrations since an October military takeover.

In Khartoum's twin city of Omdurman, dozens headed towards the home of John Kual, a 37-year-old electrician from South Sudan, some shouting "power to the people".

Friends said Kual had regularly attended demonstrations until he was shot in the chest on Wednesday while protesting against the security forces' use of deadly violence.

Al-Tahami Khalifa, 60, who was among those at the procession that followed Friday Muslim prayers, called for an end to "an unjust and criminal regime".

Marches also headed to the homes of other breaved families across the capital, activists said.

Civil society groups had called for a day of solidarity with the families of 73 protesters killed since General Abdel Fattah al-Burhan led a coup on October 25 that derailed the country's fragile transition to civilian rule.

Regular demonstrations against the military takeover have sometimes been attended by tens of thousands, and trade unions, political parties and community groups have called for new protests on Monday.

Burhan this week announced a new "cabinet in charge of current affairs", appointing some deputy ministers in the deposed civilian government as ministers.

Among them was Ayman Sayyid Salim, who was appointed youth and sports minister and who resigned Friday in a letter made public.

He expressed "surprise" at what he deemed an "unconstitutional" appointment and said he paid "tribute to the martyrs".

Amid an international push for dialogue, US diplomats visited Khartoum this week in an attempt to help end the crisis.

US Assistant Secretary of State Molly Phee and special envoy for the Horn of Africa, David Satterfield, held meetings in Khartoum with families of those killed during the protests.

They also met with civil society activists and military leaders.