Giantkillers Gambia to face Chad in next Africa Cup of Nations 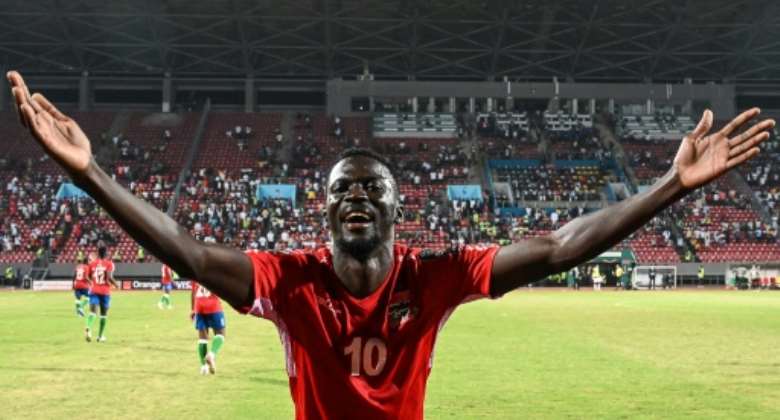 Gambia star Musa Barrow celebrates a victory over Tunisia on Thursday in an Africa Cup of Nations Group F match in Limbe.. By Issouf SANOGO (AFP)

Impressive Africa Cup of Nations last-16 qualifiers Gambia were paired with Chad when the preliminary round draw for the 2023 edition was made in Douala on Friday.

The Gambians came to the current edition of the flagship African tournament in Cameroon ranked among the lowest 12 teams in the continent, hence the need to pre qualify for the next.

There will be six two-leg ties during March and the winners join 42 other nations in a draw that will produce 12 groups with the winners and runners-up qualifying for the tournament in the Ivory Coast.

Gambia also had to take the longest route to reach the current Cup of Nations, scraping past Djibouti on penalties before topping a group ahead of Gabon, the Democratic Republic of Congo and Angola.

Hard hit by a Covid-19 outbreak before the January 9 kick-off in Cameroon, Gambia beat Mauritania, held Mali and defeated Tunisia to finish runners-up and face Guinea on Monday in the second round.

Among the Gambians who starred in Group F was forward Musa Barrow from Italian Serie A club Bologna, who has rattled the woodwork numerous times in three matches with his powerful long-range free-kicks.

Violence-wracked Somalia return to the Cup of Nations after a 34-year absence and will face Eswatini, who have never reached the finals.

Eritrea are another country returning to the qualifying competition after missing a number of editions -- they face Botswana in a first appearance since 2008.

Note: Matches to be played during March