Biden’s First year as President is commendable but…. 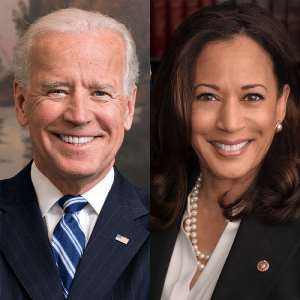 At this Biden news event, there was not a single question or reference, tangential or direct, concerning the African continent!

There was not a single word or question about the cascading and critical crises of insecurity across Nigeria, Ethiopia, Mali, Sudan, and the coronavirus-omicron pandemic across Africa.

Which one is better?

Too big, failing that you’ve to be ignored at Biden‘s first year anniversary news conference or to be called unprintable names at the White House, reportedly, by — at the time —President Trump? Yeah, you remember; the ShXXh countries of Africa.

The preceding week was, evidently, rough and tough for the Biden presidency and its messaging.

This time, he seemed more confident and on point with his summary of achievements and especially the direction of the country. He noted that: "After almost two years of physical, emotional and psychological impact of this pandemic, for many of us, it's been too much to bear…. Some people may call what's happening now 'the new normal.' I call it a job not yet finished. It will get better."

President Biden’s calibration of what I will simply classify as a presidential pastoral reassurance to the pandemic embattled nation was important. I think he delivered properly.

More so, with his favorability polling numbers falling daily since what I cited some months ago as his poorly executed withdrawal of US troops from Afghanistan.

Also, I think part of why his numbers are going further down are consequences of the unproductive yet seemingly endless meetings and negotiations of the Biden plan and infrastructure rebuilding budget with Democratic senators Joe Manchin of West Virginia and Kyrsten Sinema of Arizona!

Remarkably, both of them joined the Republicans to vote against the Voting Rights protection act/bill on the same January 19.

Typically, presidents and politicians always prefer to enter news conferences and exit as quickly as possible.

Not this day for the President.

Although, we always seem to assess him in the middle of two contrasting historical figures, two unforgettable personalities and two former Presidents — namely, the charismatic orator Barack Obama; and the bombastic, colorful and giddy Donald Trump!

At this conference, almost 1 hour 20 minutes into it, he felt he was doing well. Mr. Biden who is experienced in the ways of Washington DC extended his banter with the White House media for almost an additional 30 minutes…. He jokingly asked “How many more hours am I doing this? I’m happy to stick around.”

Much more than go back and forth with the media and his fellow politicians, he revealed that he wants to speak and interact more and directly with Americans: “I don’t get a chance to look people in the eye, to go out and do the things I’ve always been able to do,… Connect with people, let them take the measure of my sincerity.”

Sometime ago, I characterized President Biden as a leader who loves retail politics.

The man loves to paint and persuade with bold strokes on the canvas of public policy. He likes to paint big pictures of the possibilities, challenges, problems and power of the United States.

On April 28, 2021, he frankly told the joint sitting of the U.S Senate and House of Representatives that “America’s house was on fire.”

Into May of 2021, we all witnessed the massive and deadly disruption of regular living, more than one half of a million deaths and other devastation of the COVID-19 pandemic. Especially, its decimation of small business and lingering consequences of wider economic insecurity….

Realistically, after taking stock of where and what these United States and Americans have done and gone through due to Coronavirus and its variants, the government and people are truly resilient!

I agree with one of Biden’s most important conclusions from this January 19, 2022 news conference: "It's been a year of challenges, but it's also many years of enormous progress.”

I think that for the past One Year, President Biden has led a team of individuals and professionals who are elevating the quality, reach, impact and methodology of both governance and communicating to Americans and the world. They have chosen discipline and mutual respect over bravado and bluster. They have chosen factual delivery instead of manufactured data and deception.

*Dr. Chido Nwangwu, the author of the forthcoming 2022 book, MLK, Mandela & Achebe: Power, Leadership and Identity, serves as Founder & Publisher of the first African-owned, U.S-based newspaper on the internet, USAfricaonline.com, and established USAfrica in 1992 in Houston. He has appeared as an analyst on CNN and SKYnews, and served as an adviser on Africa business to Houston’s former Mayor Lee Brown. @Chido247

Court adjourns case between Asanko Gold and GMWU to June 1 o...
25 minutes ago