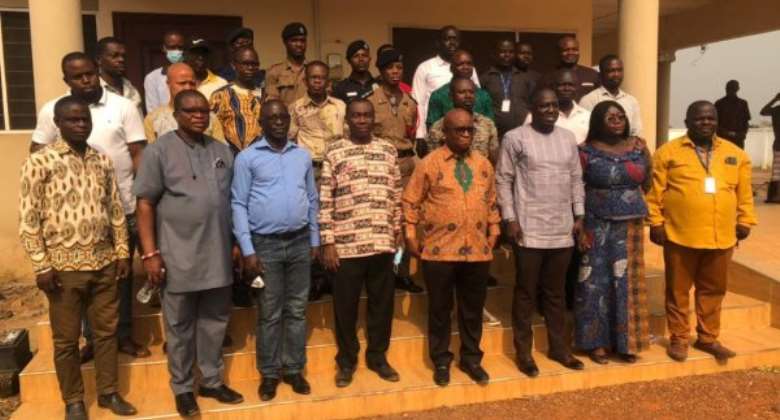 Dr Archibald Yao Letsa, the Volta Regional Minister, has expressed disappointment over the failure by members of the Akatsi North District Assembly to approve a District Chief Executive (DCE) nominee for the area.

He said the issue was affecting government businesses as well as the welfare of residents in the area.

Mr Paul Agbeshi Ayrah, the President's nominee for the area was not given the needed two-thirds majority on four occasions.

Dr Letsa made the remarks in a meeting with some Heads of Departments and the Assembly staff of the Akatsi North District Assembly.

The visit by the Minister was part of his tour to the various Municipal and District Assemblies in the region.

He said governance must be brought closer to the people "so we must address this issue as soon as possible so that the area can see progress."

Dr Letsa disclosed that the government was planning to construct some roads in the area.

He mentioned among other projects, the construction of Ehi-Tadzewu to Abor road, tarring of some town roads within the District.

Some of the issues raised by some heads of government agencies include the faulty nature of the only fire tender in the District which was out of commission for months now.

Dr Letsa in his response promised to get the issue fixed in the shortest possible time.

He also called for discipline among the staff of the assembly, saying "without discipline no organisation can progress."

It was day two of the Minister's tour to the Southern part of Volta.

He is expected to visit Ketu North, Ketu South, Keta, and Anloga District.