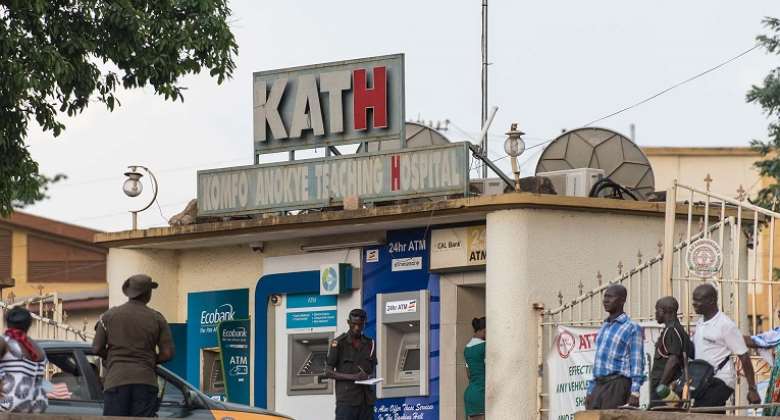 The family of a 33-year-old woman is accusing the Komfo Anokye Teaching Hospital (KATH) of medical negligence and dereliction of duty following the death of its relative at the facility.

The unfortunate incident occurred when Elizabeth Kwartemaa Laing, visited the hospital to be delivered of her baby in October 2021.

According to the family known as the Opoku-Mensah family, there has not been any official report indicating the actual cause of Elizabeth’s death since she passed on October 10, 2021.

The family says several petitions to the hospital’s management for answers have been unsuccessful.

Head of the family, Dr. Patrick Osei-Kufuor told Citi News they will initiate legal action against the hospital.

“The hospital is using bureaucratic procedures to frustrate us. We have written petitions upon petitions, but the response has always been that we should give them time. The hospital had to undertake due diligence, but nothing of that sort was done before the surgery. We believe the doses for the anaesthesia were wrongly applied. So there are so many areas of negligence that we require answers from Komfo-Anokye leading to the death of our relative”, he lamented.

Meanwhile, in a letter sighted by Citi News, the management of the hospital in its response to the family on December 2, 2021, indicated that the hospital has constituted a committee to investigate the death and submit a report for the management’s perusal and action.

The management further stressed that it is at the tail end of the audit and therefore requested for the family to allow the internal processes of the hospital to conclude, after which it will give a reply to the earlier questions by the family.

The management of the Komfo Anokye Teaching Hospital is, however, yet to respond publicly to the allegations being made against the facility.

Any decision on Achimota Forest should either add more ecolo...
39 minutes ago