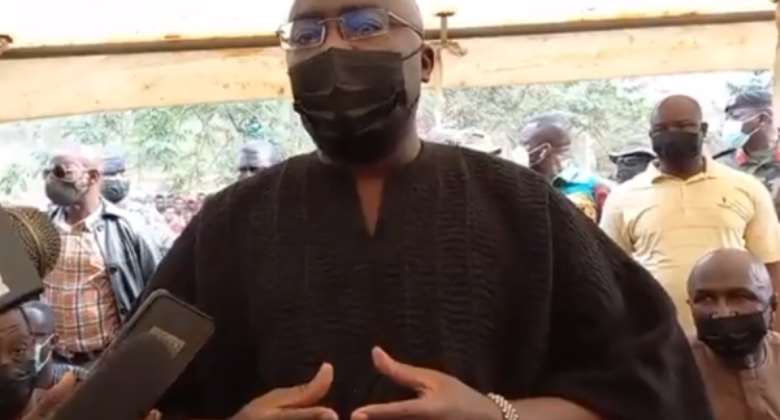 Vice-President Mahamudu Bawumia has disclosed that government will build houses to accommodate displaced victims of the explosion at Appiatse in the Bogoso Municipality of the Western Region.

“I want to assure Nananom that His Excellency the president has given us directives, and I have already spoken to the state housing company and in consultation with the mining companies around here, we will quickly try to put in facilities that will help those who have been displaced.

“So that is going to be one of the priorities for all of us, so just to assure you that government is fully engaged in all of these processes and we are going to see to it that the people here are taken care of, we will learn lessons and those are going to be much later on,” the Vice-President said.

The Vice-President noted that government is committed to ensure the completion of the rescue efforts.

He said: “But for no, we are very much concerned about how to complete this rescue effort, how to take care of the injured, families and people who have survived. So we are going to work collaboratively to ensure all of these happen.”

The Vice-President on Friday, 21 January 2020, paid a visit to the scene of the explosion at Appiatse, a town between Bogoso and Bawdie in the Western Region.

Dr Bawumia’s visit is to assess the extent of the disaster.

Seventeen people have so far been confirmed dead in the huge explosion.