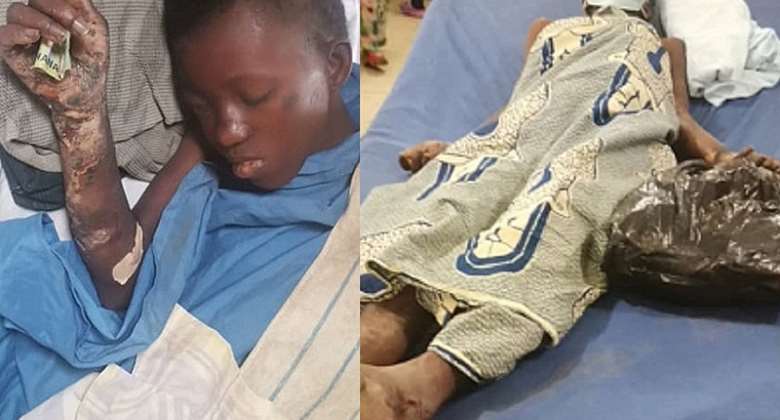 The 25-year-old girl who was allegedly burnt by a mentally challenged man at Kotwi in the Atwima Kwanwoma District of the Ashanti Region is currently receiving treatment at the Okomfo Anokye Teaching Hospital following reportage by this portal.

The family of the ailing girl who could not afford hospital bills left her to rot on bed after sustaining severe burn injuries.

The suspect according to residents hit the victim with a pinch-bar before setting her ablaze.

After this portal led campaign to seek support for the dying girl, on the "Nyansapo" Social Program on OTEC FM, Ghanaians made contributions towards the treatment of Eunice.

Eunice was immediately sent to the hospital and she's currently on admission receiving medical care.

Meanwhile, some residents at Kotwi have appealed to police in the area not to release the suspect Richard Asiedu who's currently in their custody.

The residents have expressed fear that the mad man when released may cause more harm in the area.

Serwaa Broni attack: Give us information to impeach Akufo-Ad...
19 minutes ago