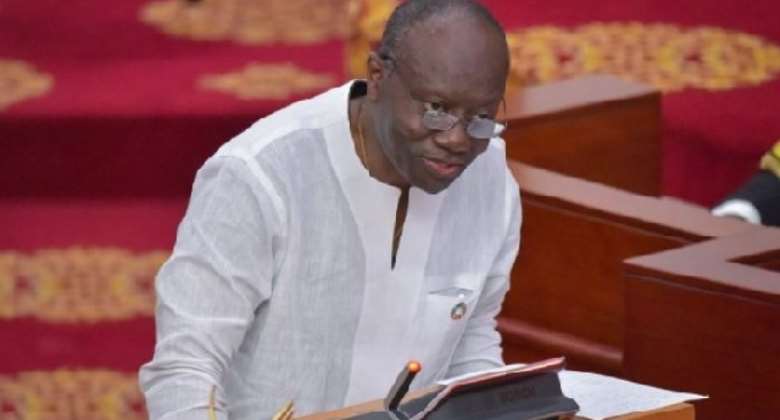 Member of Parliament (MP) for the Banda Constituency in the Bono Region, Mr Ahmed Ibrahim, has negated claims by Finance Minister Ken Ofori-Atta that consultations have been done for the controversial e-levy to be approved if parliament resumes next week.

Speaking at a press conference on Wednesday, January 19, 2022, Mr Ofori-Atta reiterated that the e-levy is a necessary tool to increase the country’s tax-to-GDP ratio.

“After extensive consultations, the e-levy will be re-submitted to parliament this month. We look forward to joining hands with our Honourable Members of Parliament to approve the e-levy on a consensus basis, so we can collectively address the big issue of unemployment”, the minister said.

But Mr Ibrahim insists there have not been any consultations between the NDC members of the house and the majority or the government over the passage of the e-levy.

He said the Minority Leader, Mr Haruna Iddrisu; and the Minority Chief Whip, Mr Muntaka Mubarak, are both out of the jurisdiction as of the moment and, thus, questioned who the finance minister had the consultation with.

Speaking in an interview with Nana Ama Agyarko on Accra100.5FM’s evening news on Thursday, January 20, 2022, the opposition MP questioned: “Who did the finance minister have the said consultations with on the e-levy ahead of the resumption of parliament?”

To this end, he noted: “If it had not been what the Finance Minister said at his Wednesday, January 19, 2022 press conference, I would not have known that Mr Ken Ofori-Atta is a soft-spoken liar.”

Mr Ibrahim called on Mr Ofori-Atta to come clear on his claims of consultations and sensitisation programmes held over the approval of the e-levy.

“I want to put on record as the Deputy Minority Chief Whip that there have not been any consultations whatsoever on the controversial e-levy with the Minority MPs,” he stated.

He warned that Ghana’s economy can only progress if Mr Ofori-Atta is removed as the finance minister, saying: “Ghana will go nowhere with Ken Ofori-Atta as Finance Minister.”

He further noted that Mr Ofori-Atta is an “irresponsible spendthrift with nothing to show for the whopping GHS20 billion he had expended in the last couple of months in the wake of the Covid-19 pandemic.”

He accused Mr Ofori-Atta of collapsing banks and over 400 microfinance companies without any recourse to the people who worked in these institutions.

He added that because the finance minister position is not voted for, Mr Ofori-Atta does not bother about what the people will feel as a result of his actions.