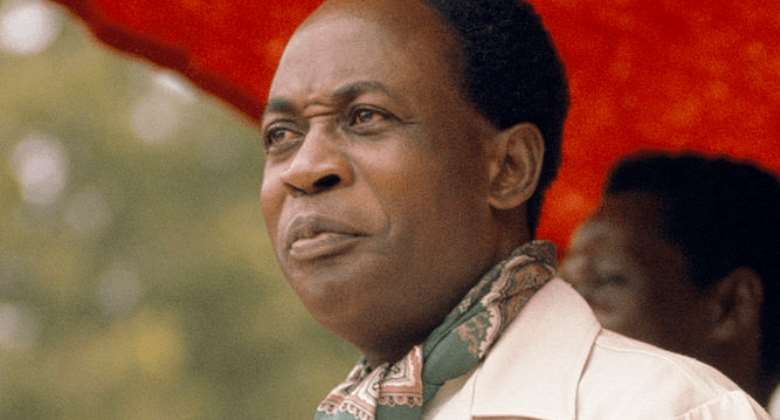 Let's put things in their proper perspective, ooooo, Ghanafuo. Those revisionists of Ghanaian history, who accuse President Nkrumah of being tribalistic - because he apparently hated a particular tribe - have got it completely wrong.

With respect, President Nkrumah, a committed pan-Africanist, was too intelligent, to stereotype ethnic groups. Full stop. Amongst the pre-independence colonial-era nationalist leaders, he was the only detribalised politician, who always saw his fellow Black Africans, as his brothers and sisters, birthed by Mother Africa. Simple.

That is why fellow party colleagues who were Ashantis, such as Osei Hyiaman Owusu Afriyie, Krobo Edusei and F. A. Jantuah, for example, were key figure in his Convention People's Party (CPP) regime.

Yes, Nkrumah despised the current Asantehene's godfather, Baffuor Akoto, for the senseless acts of terrorism, which his National Liberation Movement (NLM), unleashed, in the Ashanti Region, and elsewhere, in what was a unitary state, which the NLM had always wanted to be turned into a federation of the pre-colonial era tribal states, but failed in the ends it sought to impose, with unprecedented brute-force and murderous acts of terrorism.

As it happens, despite the savagery and egregious barbarism of the NLM, and its sundry iterations, the vast majority of ordinary people across the Gold Coast, in the pre-independence elections of 1951, 1954 and 1956, rejected that vision of a new post-colonial African nation-state, and, sensibly, opted for President Nkrumah's compelling-vision of a unitary state, in which meritocracy was to be the bedrock nation-building ethos, guiding its affairs.

With the greatest respect, we beg to differ with the current Asantehene, on this particular issue. Yet still, we wish him well as always. The fact of the matter is that while President Nkrumah certainly despised Baffuor Akoto, for the acts of terrorism spearheaded by his NLM, across Ghana, he never hated Ashantis as an African tribal grouping. Ever. Case closed. Cool.

Terrorism: Be quick to report any suspicious persons or pack...
11 minutes ago