Bogoso explosion: Victims were taking pictures and videos of the accident; truck driver tried driving them away but they refused — NADMO 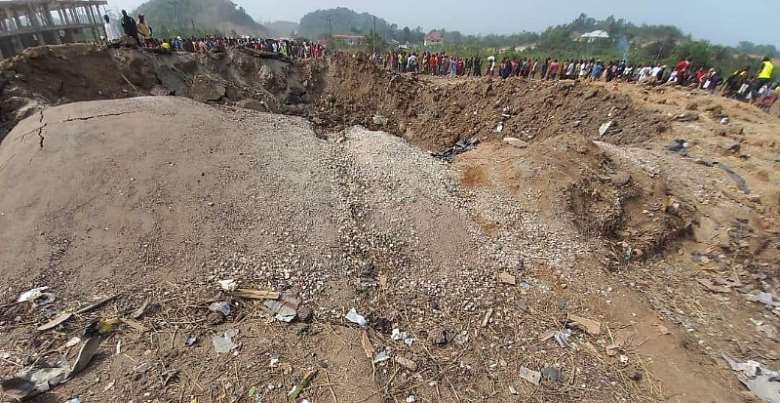 The National Disaster Management Organisation, (NADMO), says the truck driver who was aware of the dangerous substance he was carrying to the mining site tried preventing onlookers from getting closer to the scene when the accident happened at Bogoso-Appiatse.

He noted that onlookers however ignore the caution and drew closer to take pictures and videos of the accident.

Speaking in an interview on the Citi Breakfast Show following the gory incident, the Deputy NADMO Director for Prestea Huni- Valley, Louis Afful said there was indeed a motorbike riding in front of the truck that exploded.

“The truck hit the motorbike. The rider along the line lost control and fell together with some two others who were aboard the motorbike.”

He explained that the driver, in an attempt to avoid running over the three who fell ended up trampling on them.

“That is how the fire started. The explosion happened in two phases, one under the ground and then the top, affecting residents in the process.”

So far, 17 people have been confirmed dead, while 59 injured persons have been rescued.

They have been sent to various hospitals in Bogoso for treatment.