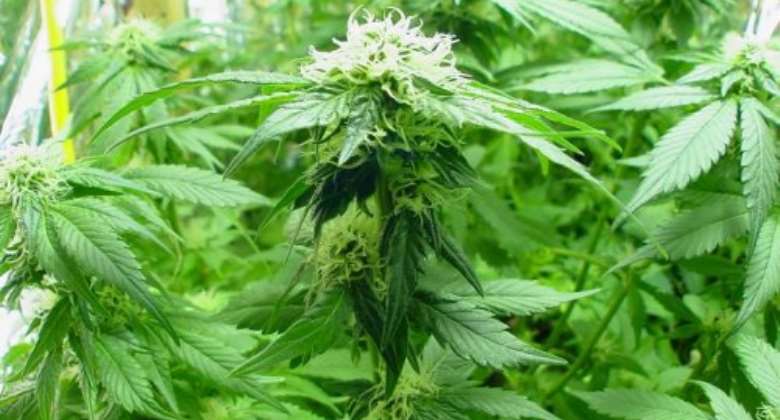 Of course, the U.S. would cheer such a plant and the country that grows it. And President George Bush would be especially glad, since improving living standards in Africa is one of his key global objectives.

Such a plant does exist, and an African country is growing it in good measure. Yet President Bush isn't cheering. Worse, the Bush administration is fighting a war against the plant and the poor African country that grows it.

The country is Ghana, in West Africa, and the plant is cannabis or "ganja," the term preferred by Ghanaians. Marijuana grown in Ghana is of good quality, plentiful and relatively inexpensive. Twenty neatly rolled sticks of pot, or about half an ounce, sell for about $3.

That's right, good pot sells for $6 an ounce in Ghana. Here is the highest stage of capitalism – the free market – in action.

Ghana is one of the most peaceful countries in sub-Saharan Africa. The country rarely sees any violence (a benefit of pot-smoking?), has a democratically elected government and boasts one of the freest societies in Africa. Pot has been grown and smoked in the country for decades, drawing little comment. In Accra, the coastal capital of Ghana, people smoke discreetly, to be sure, because the sale and possession of pot is technically illegal. But pot is easy to purchase, arrests are rare, and smoking is popular, especially among American and European aid workers in the country.

For pot smokers, Accra is an African paradise. But like many a paradise in Africa, Accra is threatened by a man-made disaster. The disaster, funded by American tax dollars, is the Drug Enforcement Administration (DEA).

I am no expert in the world's drug wars, or the DEA, but I spent the better part of the past two years in Ghana and I never saw any signs of pot ripping apart the fabric of Ghanaian life. There are no drug lords in Accra, no gun-toting bodyguards or pot addicts strewn across the city's derelict roads.

Just the opposite is occurring, actually. Pot is giving a people starved for economic opportunity a chance to participate in the global economy. Ghana is one of the losers in the world's experiment with widening trade. Goods flood into Ghana from China, Brazil, Mexico, even the U.S. And not just manufactured products either. Butter is imported from France, pasta and canned tomatoes from Italy, rolled oats from Germany and rice from the U.S. Because the cost of producing and shipping these foods is subsidized by European, U.S. and Canadian governments, their cost in Ghana is sometimes less than it is in the country of origin. And even if it isn't, these imports ruin the lives of African food producers. American rice, imported into Ghana, sells for substantially less than rice grown in Ghana.

The burden of food imports would be less crushing if Ghana exported an equal amount of goods, but the country doesn't. It hardly exports anything. The country's two leading exports are cacao beans (the basic ingredient in cocoa and chocolate) and gold. These exports are the foundation of Ghana's economy – today and 100 years ago.

Ghana has low farm costs, making it an attractive place (in theory) to grow fruits and vegetables. But because of deplorable "feeder" roads to Ghana's cities and ports, roughly one-third to one-half of the country's crop of delicious pineapples rots before reaching market. Nearly as many of Ghana's plentiful bananas suffer the same fate.

Marijuana has a longer shelf life. For poor Ghana, it offers a lifeline to a more diverse and durable economic future.

To achieve this does not require a revolution in world drug laws either. European countries have eased their restrictions on marijuana, creating a chance for African growers to tap the huge market in cities such as Amsterdam, Stockholm and Copenhagen. After all, West Africa is a short hop by sea or plane to Western Europe, giving Africans an edge over producers elsewhere in the world.

Simply, then, by sticking to the gray area of the world's fuzzy pot laws, Ghana could reap substantial benefits. Instead, the U.S. insists that Ghana buy American rice and yet refuses to allow its citizens to purchase Ghana's marijuana. Whatever the arrangement is, it is not free trade.

To add to the injury, the Bush administration wants to fuel a drug war in Ghana, where pot exporters are so sophisticated and nefarious that their preferred method of transporting weed is to hide it in shipments of yams bound for Europe.

Against this menace stands the DEA. About six months ago, the agency privately persuaded the government of Ghana to accept its advice and mount a campaign of resistance against pot production and distribution. The DEA offered the carrot of "technical assistance" – jargon in foreign-aid speak for equipment and cash that African police, who are woefully underpaid, long for.

For now the DEA-inspired move against Ghana's pot growers has resulted in publicized destruction of fields, some arrests – and more aid for Ghana from a grateful U.S. government. G. Pascal Zachary served in 2003 as Ghana director for Journalists for Human Rights, a media training group based in Toronto.

Akufo-Addo directs CJ to look into petition for Jean Mensa’s...
4 minutes ago