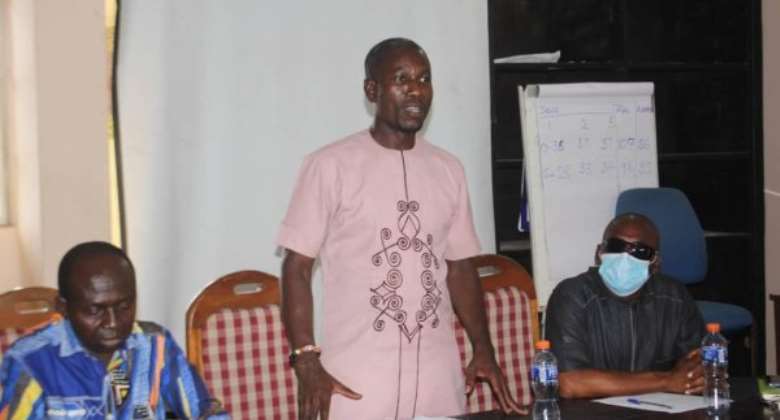 Quarry operators in the country have threatened to lay down their tools over encroachment of their sites by developers, if the state fails to intervene in the situation.

It was their case that the encroachment of their mining buffers for residential development was taking a toll on their operations and had made them subjects of attacks in their various communities.

A buffer is the land between the mining operator and the developer which is meant to absorb flying rocks from blasts.

Ideally, a buffer covers a minimum distance of between 300 and 500 metres.

Mr Adu Tutu Gyamfi, the Vice Chairman of the Quarry Association, Ghana who described the encroachment as “criminal and suicidal” argued that buffer zones were not meant to be developed.

He was speaking on the sidelines of a stakeholder engagement between some quarry operators and the Awutu Senya and Gomoa East District Assemblies at Awutu Bereku in the Central Region on how to resolve the issue of encroachment.

“It is a dangerous practice for people building in those places. We have started picking dead bodies in some areas. How would you charge such a case? Murder, manslaughter or what?” he queried.

Mr Gyamfi who is also the Chairman of Northern Sector Quarry Association, laid the blame at the doorsteps of some State actors for shirking their responsibilities.

“We can no longer sit down to be attacked and continue to be serving the interest of the nation while we continue to suffer. The laws are there and we want the enforcement of the laws. If not, the quarries are going to lay down their tools,” he stated.

Calling for an immediate solution to the issue, he warned that any decision by the quarry operators to cease operations could have dire consequences on the infrastructural development of the country.

Mr Joseph Aidoo, the District Chief Executive (DCE) for Awutu Senya, said the assembly would adopt a collaborative approach to resolve the various challenges plaguing quarry operations in the district.

He noted that even though the operators paid their levies, they failed to perform their Corporate Social Responsibility (CSR) to their various communities of operation.

The DCE said the assembly would therefore collaborate with the operators to create a development fund to cater for the CRS for the various communities.

“I believe in collaboration and cooperation than resorting to legal actions all the time. I believe persuasion can work. It does work and that is the approach I have adopted for now,” he maintained.

Mr Aidoo said through the development fund, the assembly would re-acquire some of the property within the buffer zones and convert them into farmlands.

“When we acquire the buffers and pay the required compensations, we will convert them into coconut plantations and I believe that will create another stream of income for the fund,” he stated.